In 2007, the Danish and German governments decided to create a fixed link between northern Germany and southern Denmark.

The link should be a combined road and railway connection. Two options were to be investigated: a tunnel and a bridge connection.

The Fehmarn Belt is the entrance to the Baltic Sea. It is one of two international waterways leading to numerous ports in Sweden, Finland, Russia, Poland, Estonia, Latvia, Lithuania, and Germany. As the Fehmarn Belt is an international waterway, it is not possible to make any restrictions on the ship traffic other than the natural limitations that exist. Following an extensive traffic study of the existing situation and predictions of the future situation carried out by Ramboll, FORCE Technology would make an extensive manoeuvring simulation study. The traffic in 2030 was predicted to increase from the present level of 46,200 to about 90,000 east-west passages. At the same time, the ferry traffic would almost cease which would make it easier for navigators to pass through the area as only limited crossing traffic would be present. The bridge project Several bridge types were considered in a pre-study, among other suspension bridges and cable stayed bridges. However, due to technical reasons, a cable stayed bridge with two spans was chosen as the preferred option.

This bridge type could better handle the heavy load of two fully loaded freight trains and four lanes of road traffic on the bridge at the same time. Also, the cable stayed bridge was the most economically feasible bridge solution. The total length of the bridge would be about 18 km coast to coast. The side pillars supporting the side bridges would be about 240m apart allowing small crafts to pass and thereby avoiding the main spans. The height under the bridge was designed with a clearance of about 70m allowing even the largest cruise ships to pass under the bridge. The area along the bridge has a water depth of approx. 20m or more in a width of about 5nm. Today, most ships navigate close to the centre line of route T. However, even large ships can pass far from the main span (centre line of route T) because the air draft under the side bridges is between 60 and 70m. This is due to the relatively small vertical curvature of the road/rail sections. This was a concern at an early stage as the side bridges were not wide enough for large ships, and the pillars could not withstand ship collisions greater than that of a 2,000 dwt ship.

Consequently, one of the navigational challenges was how to lead the ships through the two navigational spans. A fairly extensive marking system and a separation zone were developed to handle this challenge. As an additional safeguard, it was decided to have VTS coverage in the entire area with planned reporting points east and west of the bridge line.

The simulation studies were conducted in 2009 and 2010. All simulations were conducted by use of FORCE Technology developed state-of-the-art SimFlex4 system using three full-mission simulator bridges with a navigator on each bridge controlling a ship in the same scenario. The planning of each simulation session included choice of fairway/bridge layout to be tested, design of scenarios, ships to be used, choice of navigators and preparation of evaluation system. The scenario descriptions covered traffic situations, ship type and size, weather conditions, unexpected behaviour of other ships and emergency situations. Apart from the three navigator-controlled ships, a number of ‘traffic’ ships, sailing along preplanned routes, were included in each scenario. These were controlled by the simulator operator who acted as the captain.

The method used for testing different fairway/bridge layouts was based on an expected traffic distribution predicted for year 2030. Combinations of weather and traffic were merged into a number of different scenarios that typically ranged with a likelihood of once per month to once per year or 10 years. Therefore the participating navigators often found themselves in difficult and stressful situations where average to good navigational skills were needed.

In order to evaluate each run and get the navigator’s impression of his/her experience, an evaluation system was developed. This system consisted of two parts; one was a questionnaire to be filled out by all navigators of the watch just after the completion of a run, the other was a one-on-one interview of each navigator by a FORCE Technology Captain/Instructor. The interviews included general discussions and a review of the navigator’s answers to the questionnaire.

During the study a total of 650 ships passed the bridge in 80 different scenarios. Navigators chosen to sail the ships included pilots, senior and junior officers from 7 different countries including Denmark, Germany, Sweden, Finland, Croatia, The Philippines, and China. In all 88 navigators participated in the five simulation sessions covering 11 weeks of simulations. As known from previous simulation studies with two other bridge project in Denmark, it was once again proven that marine simulators is a powerful tool when finding and comparing different layouts of fairway/bridge solutions.

In late 2010, Fehmarn Belt A/S, who are responsible for the construction of the Fehmarn link, decided that a tunnel solution carrying both road and rail traffic would be the overall best solution for the environment, and therefore the bridge solution was in practice vacated.

As known from previous simulation studies with two other bridge project in Denmark, it was once again proven that marine simulators is a powerful tool when finding and comparing different layouts of fairway/bridge solutions. 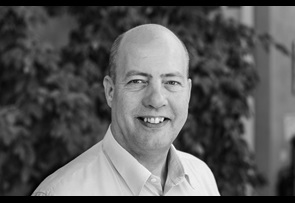