The IALA guidelines are a high level, strategic document on how simulation tools can assist in planning and implementing AtoN.

In order to assist the lighthouse authorities, AtoN producers, port and waterway planners and mariners, IALA approved guideline 1058 on ‘The use of simulation as a tool for waterway design and AtoN planning’. The guideline is a high level, strategic document on how simulation tools can assist in planning and implementing AtoN. However, a new guideline is currently under development by the Aids to Navigation Management Committee. This guideline shall be seen as a more technical guideline supplementing Guideline 1058. Users of this guideline are mainly intended to be AtoN designers, developers, researchers and testers including mariners.

This group wishes to know to what extent a given simulator system is providing the required quality and fidelity to suit the purpose of simulation studies and investigations. Today’s modern technology and the pace at which the technology developed for computerbased simulation systems is progressing provide users with a high level of fidelity and realism. On the other hand, this technology has its limitations. With the new guideline, users will be provided with an overview of current status of simulation technology with focus on capabilities and limitations of simulation software, visual systems, visualisation media and other relevant systems.
The guideline will also identify a collection of features that are important to consider when specifying objectives of a simulation study for planning, research and test of AtoN. The guideline will represent the technological status at the time of publication. As marine simulation tools include several elements of particular types of technology that are under constant and fast development, the users must be aware that certain parts of this guideline might very well have advanced further. Thus, it is recommended that users consult simulator system producers for information on the latest developments.
The guideline is intended to be finalised during the next Committee meeting which takes place in November 2012 and will then go to the IALA Council for approval. 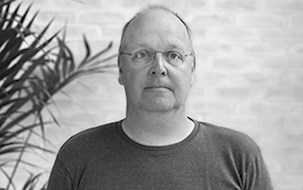