The event was a great success with more than 70 guests from local shipowners, port consultants, pilot services from the region around Singapore, construction companies, authorities and representatives of the navy.

Formerly, FTMSS was located at CleanTech together with DHI Singapore. However, when DHI moved to a new location, we began talking to PSAM about a possible cooperation. They had wanted more and easier access to simulator facilities for a long time. In December 2018, FORCE Technology and PSAM entered into an agreement on placing the simulator facilities in vacant rooms on the 5th floor at PSAM’s location on West Coast Ferry Road.

The simulator centre ensures about DKK 4.5 million over three years

A distribution of access to the simulator time has been agreed with PSAM, and this agreement ensures FTMSS a total income of about DKK 4.5 million over three years. This means that the cooperation will ensure a much better utilization of the facilities.

Both parties see the cooperation as a natural opportunity to support each other’s image as recognised professional actors in the international maritime business. And both at and after the opening, we have received positive responses from many different parts of the maritime business.

Our local staff, Andre Kihr, Centre Manager, and Joseph Quiros, Technician, have put a huge effort into having the simulators moved in a few weeks around New Year. Subsequently they have trained the pilots from PSAM in using the system to the complete satisfaction of PSAM.

Maritime simulator centre is the culmination of 30 years of cooperation

The maritime simulator centre is the culmination of 30 years of cooperation with PSAM. It started in 1988 with a very large simulation project in Lyngby, Denmark, where 20 pilots from PSAM carried out a large number of simulations during two months to demonstrate that the new, large Pulau Brani Container Terminal in Singapore could handle two-way navigation in and out of the port during the construction phase and later during operation.

The photos below show the actual opening ceremony, the subsequent reception and the very maritime view from the rooms. 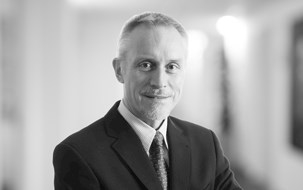