EMRI joins the elite of manufacturer of maritime electronics

The Danish electronics manufacturer EMRI has with its maritime electronics product RFB360-D (a rudder feedback sensor) met all relevant requirements in a marine type approval test without failures or need for retesting. The tests cover a range of EMC emission and immunity tests, vibration, high and low temperature, humidity, and IP according to the IACS E10 standard. Thus, EMRI joins the group of only four companies among FORCE Technology's customers who have managed this since the "First-Time-Pass" award was established in 2006.

In addition, EMRI has performed pre-compliance test to ensure that the product was likely to meet the final marine type approval test's high requirements with conducted emissions measured down to 9 kHz and a radiated emission limit of 24 dBμV / m in the emergency band between 156 MHz and 165 MHz . The product contains a DC/DC converter, which typically causes problems in meeting the relatively harsh emission requirements, but this is partly helped by a cabinet design that largely consists of a shielding aluminum chassis.

The use of modal analysis tools for the CAD program has also helped to ensure a mechanical design without significant resonances below 100 Hz. Problems during the vibration test are often due to resonances that either have too much amplification in relation to the requirements, or which lead to mechanical damage during the fatigue test. By using the analysis EMRI avoided this.
EMRI has not compromised on anything. They have even expanded the temperature range down to -25°C and have chosen an IP class 56 instead of IP 44.

In short, EMRI's path to success followed these steps: 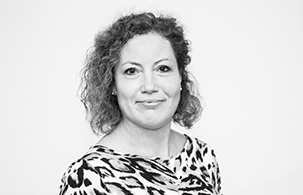 Get tips for development of reliable and robust electronic products.