Instant awareness of your fuel consumption

A market with too many ships and not enough cargo has placed the shipping rates under pressure. Despite the currently low fuel prices, fuel is still a huge expense for a ship owner.

All performance-monitoring systems offer logging of a ship’s fuel consumption. The logged data allows the ship owner to monitor the fuel consumption of each vessel. The downside of the data logging is that the analysis often is performed months after end charter.

To meet this challenge, we are developing a display that will immediately tell the captain if the vessel is using too much fuel.

“Often months go by before it is discovered that a ship is performing poorly. At this point, there is no way of telling what caused the excessive fuel consumption. The performance display creates attention towards the problem while it is happening, letting the crew act on the problem instantly,” explains Søren Hattel, Team Leader at FORCE Technology.

We are not the first to design this type of display, but we believe that our extensive knowledge of a ship’s physics will make the tool very applicable for ship owners.

A pick and mix system

The display will be part of the SeaSuite performance optimisation package, but the customer will be able to choose amongst different functionalities of the display. Søren Hattel explains the importance of a flexible system:

“Ships are very different, and so is the focus of the ship owners. This is why we have designed an open system that can be adjusted according to the needs of each customer”.

Fuel saving can be crucial for a ship owner as it leads to a better turnover or enables the ship owners to offer more competitive pricing. Another advantage is that it might also lead to reduced carbon dioxide emissions, which will benefit the environment. 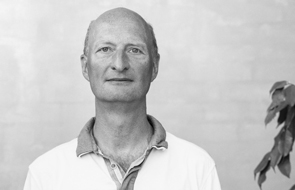