It is important for the Danish industry to get a Danish mark on the international standards for green energy technology. FORCE Technology contributes with the latest know-how on materials intended for use in harsh environments


Standardisation and challenges in transition from fossil to green energy

An important task for the Danish industry is to get a Danish mark on the international standards. For materials and plants intended for harsh environments, so far the oil industry has pioneered the development. Many new energy technologies such as geothermal energy, biogas and production of bio fuels, work in very harsh environments, and experience from standards that were developed for production of oil and gas may be useful.

Asbjørn Andersen participated in standardisation work as part of the project ”Konkurrencedygtigt og pålideligt materialevalg” [Competitive and reliable choice of materials], which is co-financed by Styrelsen for Institutioner og Uddannelsesstøtte, SIU [the Danish Agency for Institutions and Educational Grants]. The project is intended to support development of green technology and works with the new challenges in the transition from fossil to green energy.

Asbjørn also participated in some of NACE’s technical committees such as TEG 092X, Under-Deposit Corrosion (UDC), TEG 530X, Renewable Energy Facilities Design, Construction, and Commissioning and TEG 286X, Oil & Gas Production (ISO 15156 maintenance panel). One of the tasks is to contribute with the latest know-how on materials from green energy technologies and in this field, Denmark is a pioneer country.

It is crucial to ensure that novel knowledge is incorporated into existing standards, or that new common standards directed against challenges in the new technologies are developed. Internationally accepted standards have a great impact on choice of materials for harsh conditions, and they are of the utmost importance to Danish companies regarding export of plants and know-how on energy production.


More and more challenges with hydrogen embrittlement in screws and bolts

Harry Otteskov made a speech about hydrogen impact on bolted joint integrity in subsea installations called ”Subsea Hydrogen Embrittlement Research Topical Symposium”. Harry presented a case in which an ISO 8.8 bolt for anchoring of an oil pipe to the seabed broke shortly after commissioning.

The cause of the break was hydrogen-induced cracking (so-called EHE, Environmental Hydrogen Embrittle-ment) caused by hard tightening combined with cathodic protection of the construction. The latter effect leads to development of hydrogen on the protected steel surfaces.

The hydrogen atom is the smallest existing atom. It can penetrate steel, subsequently reducing the integrity of the steel so that it cracks – even at tensions lower than the material’s yield point.

This problem deserves international focus due to an increasing number of damaged bolts, gradually multiplying as oil extraction activities take place in deeper and deeper waters. It makes greater demands on the equipment used, partly as higher loads and partly as requirement for increased cathodic protection capacity. Here the FACT-Lab facility may be very applicable to test the materials in advance, under conditions similar to the harsh environment for which they are intended. 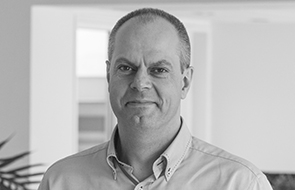 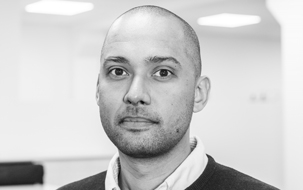 Is your company challenged on materials in aggressive environments?