Conformity work paves the way for mutual recognition of documentation

Through active participation in standardisation committees, FORCE Technology ensures that Danish companies – especially small and medium sized enterprises – influence the preparation of International standards so they do not inhibit the companies’ development. Here, the standardisation of the requirements for assessing conformity is a crucial element for achieving mutual recognition of documentation.

FORCE Technology offers documentation for conformity and has contributed to standardisation in this area for several years through its membership of, among other things, Danish Standards’ standardisation committee S-335 ”Conformity Assessment”. The committee prepares the Danish papers on recommendations and comments on new standards for the area.

Membership of the Danish Standardisation Committee S-335 gives FORCE Technology the possibility to participate globally in ISO (International Standardization Organization) in its ISO Committee on conformity assessment (CASCO) and in the European (CEN) standardisation organisations’ work on standards within conformity. The committee is open to new interested parties.

As a provider of laboratory measurements, personal and product certification, it is essential that FORCE Technology contributes to and influences the development of requirements for general conditions for the work of laboratories. As a GTS knowledge centre, it is crucial to have knowledge about trends and proposed changes for being able to share knowledge. Therefore, it is important to contribute to and influence the future requirements for activities in our laboratories.

FORCE Technology actively participates in this standardisation work with the objective of ensuring product conformity, ensuring valid (test) results, and the validity of certification to be used in international trade agreements.

Working with new standards includes ISO 17020, ISO 17021, ISO 17024, ISO 17025, ISO 17043, ISO 17065 and ISO 17067. These standards are used for certification and/or accreditation of companies with a focus on conformity assessment. In addition to being requirements for companies, these also form the basis for accreditation work carried out by the National Accreditation Bodies (NAB), such as DANAK and SWEDAC. Currently, major revisions are being made to ISO 17011 (Auditing) and ISO 17025 (Requirements for laboratories).


The life cycle of standards

The revision of a standard is decided at ISO CASCO’s Plenary meeting, which is held annually at different geographical locations. The latest meeting was held in May 2017 in Vancouver, Canada.

In general, a systematic review of each individual standard is made every five years. The review is sent for consultation to the national members (for example, Danish Standards), which votes for or against a revision. After a new version is released, there is generally a three-year transition period.

The CASCO plenary meeting makes its decisions on the basis of the consultation and a road map for the next five years. This states the status on which standards are to be discontinued, revised, or continued for another five-year period. A vote is taken on what is referred to as a New Proposal (NP) for Work Item. An NP is presented with a proposed revision of an existing standard or the creation of a new standard. For each NP that is adopted, a Work Group is set up, to which national technical experts are admitted as voluntary members.

The preparation of a standard has six main steps, as illustrated in Figure 1.

In mid-July 2017, the International Standardization Organization held ISO’s CASCO WG 44 four-day meeting at the ISO headquarters in Geneva with DIS/ISO 17025 on the agenda. The group consists of more than 65 technical experts. The result of this meeting was the incorporation of the latest 1,500 comments and a recommendation on preparing a Final Draft International Standard (FDIS).

Subsequently, this is sent for the votes of the national members before the standard is released as an international standard. According to new rules, CASCO may decide to omit this final vote. 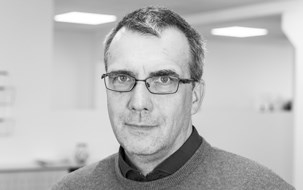