Dead legs in piping systems – how to design them hygienically?

In the design of production piping systems in the food and pharma industry, there is often a recurring discussion about dead legs: How can they be avoided? And which criteria should apply to their depth in pipe systems to keep it hygienic?

The answer is ‘it depends on which reference is relatable in your case’. However, it is agreed that in hygienically designed systems there is a limit to the depth of dead legs, as it has real influence on the cleaning time. Longer dead legs will require more time to be cleaned, as well as more time to achieve the necessary temperature during the process of sterilization with steam or hot water.

All criteria are based on the ratio of the diameter of the tube (D) to the depth of the dead leg (L), where L is usually measured from the pipe wall. In general, the acceptable depth is specified by a depth to the diameter ratio expressed by L ≤ xˑD. The magnitude of x depends on the reference, and to make the confusion complete there are different rules which under different conditions specify requirements as: 1D; 1.5D; 2D; 3D or 6D. Which one is the right to choose then?

Europe and the food industry including EHEDG

The European criteria on dead legs are the toughest to meet. The harmonized standard EN1672-2 stipulates that dead legs should preferably be avoided, and if they cannot be, they must be as short as possible. Figure 1 shows a dead leg which is shorter than the pipe’s diameter which may be generally acceptable. For comparison, Figure 2 shows a dead leg, which is posing hygienic risk as it is much deeper than the pipe diameter.

The European Hygienic Engineering and Design Group (EHEDG) specifies that the depth of dead legs must be less than or equal to the diameter of the pipe, i.e. a 1D rule, which can also be considered appropriate in relation to EN1672-2.

The US, biotech and pharma industries including FDA, 3-A, ASME-BPE, ISPE and WHO

In the 'Guide to Inspections of High Purity Water Systems' from 1993, the FDA has described a 6D rule that is the only one where the length of the dead leg is measured from the pipe's center line. This document is still used by FDA inspectors as a guidance for GMP inspections. However, the pharmaceutical industry standard seems to be a 3D rule, which is also supported by ISPE who have adopted the 3D rule in their guidelines on water production systems for pharmaceutical use.

3-A Sanitary Standards Inc and ASME BPE-2019 (American Society of Mechanical Engineers for Bioprocessing Equipment) describe a slightly stricter criteria in the form of a 2D rule and occasionally the biotech industry applies a 1.5D rule, without it being documented in standards or guidelines.

Where do the rules come from?

Before starting to apply the rules, it is a good idea to dig a little deeper into their background and decide, which application resembles our case the most. That is due to the fact that they come from different industries:

How to apply rules on dead legs in practice?

There is no doubt that the best hygienic design is achieved by the complete absence of dead legs, but it is not always possible. In practice, the following rules of thumb can be applied:

It is not recommended to go beyond these criteria for specific applications. In all the criteria mentioned above, the depth of the dead leg (L) is measured in the same way - from the pipe wall. Dead legs larger than the 3D should be applied with the utmost care and cannot be characterized as part of a hygienic or sanitary design. However, it does not exclude the possibility that they can be used in particularly favorable situations.

Is it really a dead leg or is it a cleanable branch?

In practice designs must be subjected to a risk assessment which will judge which criterion may be suitable in each application. A branch in a processing plant may only be temporarily shut-off and thus in practice not really being a dead leg. The criterion presented are valid for static dead legs but temporary stagnant zones in a processing plant longer leg may not hamper food safety if the plant is operated correctly. ASME-BPE-2019 applies a risk assessment approach in which they label a branch only to be a dead leg if it cannot be sanitized using the normal cleaning or steam sterilizing procedure.

Background to the criteria based on flow mechanics

The phenomenon and typical mean flow rates are shown for an upward facing dead leg in Figure 5.

In practice, there is very limited movement at the bottom of a dead leg with two recirculation zones and it will affect the effect of the cleaning and exchange of liquid. Exchanging the liquid is necessary to bring fresh detergent to the surface. In general, conditions especially for liquid exchange are significantly improved if there is a sensor of a kind that sticks into the dead leg. This information is also carried forward in EN1672-2.

Dead legs should be avoided as much as possible in hygienically designed processing plants and if they appear, they should be as short as possible. Rules of what design is hygienically acceptable depend on the specific situation, industry, application and often geographical region.

The recommendations for length of dead legs are listed below, in order of priority:

These recommendations provide a good indication of how dead legs can exist in different types of processes included in producing products that must be safe for the consumer. Therefore, risk assessment is pivotal in any application. These guidelines should be perceived as minimum requirements and one should know that if the product has a complicated rheology (e.g. high viscosity), then the recommendation will be to apply the strictest requirements for dead legs and even better, to completely avoid them at all cost. 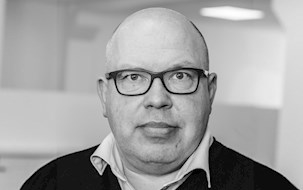 Hygienic design and product safety for the food, biotechnology, and pharmaceutical industries. Extensive knowledge base within hygienic design and process technology.