Correction of wind sensor data from wind tunnel tests for sea trials according to ITTC 7.5-04-01-01.2

When ordering a ship, the ship owner may have specific speed requirements. Sea trials are carried out to assess the performance of the vessel and wind data is used to confirm the contractual speed requirements. In order to obtain the largest amount of correct data for the wind loads (and thereby the speed) we can perform a wind tunnel test to obtain the load coefficients.

During these tests, we often experience that the sensor reading on top of a wheel house may give results that differentiate by more than 20% and similar the indicated wind direction may be off by more than 15°. This will naturally affect the correction of wind resistance during sea-trials.


Use of obtained load coefficients from wind tunnel tests

When evaluating the wind load in full-scale, the obtained load coefficient is only one of the parameters needed for calculating the wind forces. The second and just as important parameter is the wind speed, which is measured by a wind sensor. Generally, the airflow at the position of these wind sensors is influenced by the vessel’s superstructure displacing the approaching wind and hence affecting the mean wind speed, local turbulence intensity and flow direction. The location of the sensor is generally chosen with respect to minimize influence from the superstructure, mast element and exhaust among others.

We can establish a data set that will allow conversion of wind speed data measured by a sensor in to undisturbed values. This is very important due to the need for correcting the increased wind resistance as described in ISO 15016 “Ships and Marine Technology – Guidelines for assessment of speed and power performance by analysis of speed trial” and ITTC 7.5-04-01-01.2 “Analysis of Speed/PowerTrial Data”. 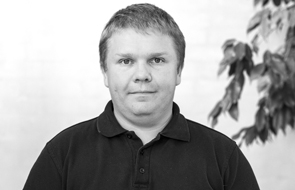