Korea Institute for Material Science, KIMS-WTRC, is the first Korean buyer of a complete ultrasonic system for examination of wind turbine blades.

For several years, FORCE Technology has worked with Korean companies, and there is a growing potential for our ultrasonic systems in the Korean market.

In 2014 and for the first time, we supplied a complete ultrasonic system for examination of wind turbine blades in Korea. The buyer of the system, KIMS-WTRC, which is financed by the Korean government, aims to support the country’s companies in technological development, test and evaluation.

Several users of the system

When KIMS-WTRC is not using the system, they lend it to a Korean wind turbine blade manufacturer, who employ it in the quality control of the manufactured blades. The system scans for typical internal flaws such as delaminations, adhesive defects and resin-poor areas. The area, size and depth of flaws and total laminate thickness is visualized and measured by the integrated P-scan software.

Over the past years, the sale of P-scan systems and scanners to metal manufacturing industries has increased in Korea, and with the introduction of the new P-scan Stack system, we expect that increase to continue. Primarily because we have developed automated solutions that include the Phased Array technique, which is in strong demand in Korea.

Read more about the work of the KIMS-WTRC. 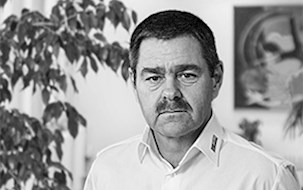