The insurance industry tightens the requirements for vehicle tracking systems

Many luxury cars and construction machines have a GPS tracking device installed as an antitheft protection.

From 1 June 2016, insurance companies in Denmark will only insure expensive vehicles if they have a tracking system certified by FORCE Technology installed.

When a new BMW, Mercedes, or Range Rover leaves a car dealer it is most likely equipped with a GPS tracking device so the vehicle can be traced in case of theft. Tracking systems are typically installed in expensive luxury cars and construction machinery but is also used in boats, trucks, and containers.

It is not only the vehicle owner who wants a tracking system to retrieve his vehicle – most insurance companies in Denmark require a GPS tracking device installed before they will insure the vehicle.

“When insurance companies insure a vehicle they also take over a risk in the event that the vehicle is stolen. That risk is reduced if there is a tracking system installed in the vehicle, since it is easier to recover a missing vehicle,” says Tine Aabye, Engineer, Forsikring & Pension, who recently introduced the new certification approach.

A control function was needed

For many years, companies selling tracking devices on the Danish market just had to report their product to Forsikring & Pension together with a signed solemn declaration that their product meets the regulatory and insurance specific requirements. But that is not sufficient today, as the market is flooded with imported GPS products, not all of which comply with the requirements.

The purpose of the new control system has also been to discard less serious manufacturers who do not have documentation showing that their products comply.

“We chose FORCE Technology to undertake this new inspection function, partly because FORCE Technology has the needed competencies for this task and knowledge about the technical requirements. And partly because we wanted to use an independent and professional third party to validate that the tracking systems are able to do what the producers say they can,” says Tine Aabye and continues: “FORCE Technology is a good sparring partner and highly competent to carry out this verification task. I have complete confidence in FORCE Technology and the new control system.”

So far it has been FORCE Technology’s experience that producers have welcomed the new system and see it as an opportunity to protect their business and achieve fair competition.

Unik-Sikring, Brande was the first to obtain approval of their tracking system at FORCE Technology and has been pleased with the process.

He also points out why companies selling tracking devices should make sure to obtain the approval certificate from FORCE Technology: “Without the approval documents you cannot sell your product for insurance purposes. It is as simple as that.” 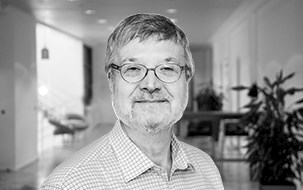