In 2014 Multraship Towage & Salvage, the Netherlands, bought a tug simulator from FORCE Technology and in 2015 the simulator was installed and ready for use.

As Multraship’s fleet is growing fast (the company gained 6 new vessels so far in 2015), there is a growing need for captains trained in sailing new types of tugs.

The simulator training carried out in the simulator centre has proven very successful. The training is fast, compared to training in real life. In a simulator it takes about 3 months to train a captain. In real life it would take 9-12 months. The captains’ knowledge about ASD tugs was limited to a basic level, therefore they needed training in the new types of tugs, e.g. ASD.

Bianca Pielaat, Operation & Crewing Manager, explains: “One of the captains on the job did not show any progression during training in real life as he was afraid to make a mistake. Then we put him in a simulator for training and he immediately showed a lot of progress. He gained the necessary confidence after only 4-5 times in the simulator. He was very impressed with the realism of the simulator”.

Bianca Pielaat also emphasized the savings to be obtained by using a simulator: “Simulator training is definitely cost effective, as we can carry out a week’s real life training in 2 days by using the simulator, and it is a good investment which pays for itself in a short amount of time.“ She also expressed her enthusiasm regarding the manoeuvring characteristics and the realism of the simulators and the obvious advantage of carrying out in-house simulator training instead of using an external simulator facilty.

Multraship is planning to extend their facilities with a 360o ship bridge simulator as well as a carousel tug model in corporation with Voith. This will give the captains and officers ideal conditions for becoming familiar with the capabilities of the carousel tug and literally make it turn circles on the spot. 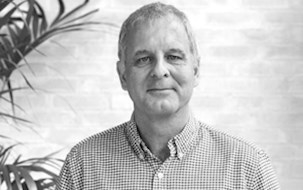