Previously, the company produced steam in an aged boiler involving very high natural gas consumption. But in August 2010 a new and much more energy saving steam boiler plant was put into service.

After the first 14 weeks with the new steam boiler, the company has seen savings of up to approximately 20 % on natural gas, 40 % on water and 30 % on electricity compared to the same period last year.

Works manager Allan Rerup with SCA Packaging states: ”The energy savings from the new steam boiler more than live up to the expectations. We had only calculated with savings amounting to approximately 15 % of the natural gas consumption, but during the first operating period we reached almost 20 %”.

Furthermore, a new monitoring, adjustment and surveillance system has increased the safety of the steam boiler. The boiler is built for 72 hours unattended operation, and the operating personnel only has to conduct the necessary test of safety equipment and water analyses every third day instead of daily. And complete overhauls have been cut from four to two annually.

The company is ISO 9001 and ISO 14001 certified and has a plan of action for energy. One of the goals for the new steam boiler plant was to save on natural gas, electricity and water consumption.

The company therefore contacted FORCE Technology, who conducted the total project assistance, including requirement specification and invitation to tender and recommended proposed solutions for the company. Furthermore, we have been in charge of following up and handing-over-procedures.

The whole process has run according to plan without delays in production, which has been very important to the company. 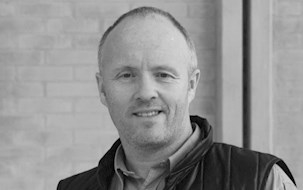 The company has implemented the newest and most advanced technology within steam boilers, water treatment and surveillance systems.

The new steam boiler operates on natural gas and produces 7 tons steam an hour at a 6 bar pressure.