Olympic achievements kept the Lynx in the air

Citius, altius, fortius. This is the Olympic motto: Faster, higher, stronger. With a minor modification, the motto can also be applied to describe the results of the joint Danish/Swedish cooperation which kept the Danish Navy Lynx helicopters flying, while awaiting the implementation of the new Seahawk.

The cooperation resulted in shorter faster delivery while simultaneously lowering the costs of the repair by up to 90 percent, and even significantly stronger components with a significantly increased service life.

Cooperation based on strong relations

The Danish Defence Acquisition and Logistics Organization (DALO) and FORCE Technology have a long history of cooperation, and the choice of FORCE Technology as supplier was therefore an obvious one, when DALO was searching for alternative suppliers for repair of engine components for the Danish Navy Lynx helicopters.

The cooperation was expanded to include FORCE Technology’s Swedish partners at Dreisen AB to be able to offer one-stop shopping for all services to DALO.

DALO saw the Danish/Swedish cooperation as flawless. “The competences were world-class, and the approach very forthcoming” says Kjeld Madsen, Engineering with DALO.

The excellent communication and the constant attention and drive in the tasks led to a novel repair method, reducing both cost, lead-time and the requirements for stocking spare parts.

During regular overhauls of the engines of the Lynx helicopters a specific engine component often turned out to require repair or replacement. A repair, which would take months at the engine manufacturers’ workshop, and in terms of price was closely resembling the price of a new component.

DALO was on the look-out for an alternative supplier, capable of fulfilling the strict quality requirements of a helicopter component, but who would simultaneously be able to reduce the lead-time significantly. With our longtime experience within the aerospace industry, we pointed to a laser-based welding approach combined with an advanced repair method based on brazing at our long-term partner Dreisen.

The cooperation resulted in novel methods and approaches, breaking with more traditional methods and a change to processes based on laser welding and vacuum brazing. Processes capable of living up to the tight specifications of the engine manufacturer’s standards, but with a significant increase in precision and success rate.

In addition, the new methods and the direct contact between the three parties resulted in a reduction of the process lead-time from more than one year, to less than two weeks. Quite a significant improvement.

The method is extremely competitive: the price for the novel repair method corresponds approximately to 10 percent of the price of a new component, and with the fast turn-around further savings can be harvested in a reduced requirement for stock of spare parts.

The massive savings in terms of time and money incurred by the new laser- and brazing-based methods, obviously led to some speculation towards the durability of the refurbished components. Especially in the field, where the Lynx helicopters were participating in deferring pirates in the Bay of Aden during this period, operating in conditions alternating between salt mist over the ocean and sand drift over the desert.

But whereas in previous engine overhauls upwards of 80 percent of the engines required repairs, after the change to the new repair methods, the requirement for repairs has yet to be seen. 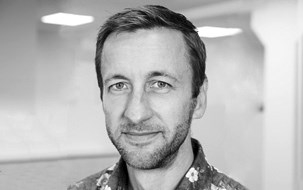