Red alert in Beijing forces companies to shut down

We qualify China's five-year plans and with new cost-effective clean air technologies we are helping to make a mask-free life in China a reality.

Visibility was only 200 meters in a toxic grey haze of smog that was more than 40 times over the safety limit defined by the World Health Organization.


On this day, however, the Chinese government issued its first-ever red alert in response to the massive pressure from the public. For a time, 2,100 companies were forced to shut down and vehicle traffic was halved. Meanwhile, at the COP21 summit in Paris, the Chinese government signed an internationally binding climate agreement.

Requirements were tightened in other areas as well. The Chines market is driven by five-year plans, which set limits for air pollution, among other things. FORCE Technology has been involved in qualifying the three most recent five-year plans to ensure that power companies can comply with the official environmental requirements.

Danish clean-tech companies may triple their revenue in China

“Now we´ve commenced a new five-year plan, 2016-2020, which tightens the regulations even further. In some areas the environmental legislation is even stricter than in Europe. The focus used to be on NOx, but now sulphur and particulates also have to be reduced. This means looking at all the processes for scrubbing exhaust gases,” explains Kristian Lykkemark Andersen, head of the thermal energy and flow mechanics department.

He enthusiastically continues: “Fast adaptation in a large organisation requires a high degree of agility, and this has been possible thanks to the strong connections to our subsidiary in China. The Chinese market is moving at lightning speed at the moment and has huge potential. As a result, Danish clean-tech companies are expecting to triple their revenue in China in the future. And with new cost-effective clean air technologies, we´re helping to make a mask-free life in China a reality.” 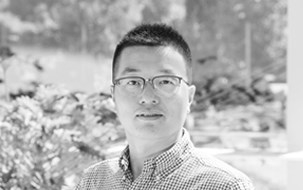