By the end of 2007, British Columbia Ferry Services Inc. initiated its ambitious voyage towards world class safety under the name SailSafe. The overall objective was to re-model the company’s organisational and safety culture.

The SailSafe program was created to take the company’s existing safety management system to the next level and to address the recommendations of an operational assessment conducted by an independent company in 2006. According to the assessment, there were a number of areas where safety and safety-related administrative processes and procedures at BC Ferries needed to be strengthened.

FORCE Technology and WrightWay Training in the UK were selected to develop and implement the plan. Both companies (WrightForce) have vast international experience in maritime safety, human factors and culture change. The task included a significant change in core aspects of the company such as the training approach, the way the different levels of the company communicate, leadership styles and operational practices. This change in culture meant moving from a “wagging finger” model towards a Just Culture model in which individuals are not punished for mistakes, flaws or wrong decisions, and instead such undesired events are capitalised as learning opportunities for the entire workforce.

Five years later, the breath of fresh air which SailSafe injected into BC Ferries fulfilled the ambition. A complete reshape of the entire company showed that a culture change was possible in such a relatively short period of time.


Why a culture change was the solution

The overriding element that would produce the expected outcome in culture change was the human involvement because people are the real contributors to effective and efficient solutions.

Classical safety puts it: “human involvement is responsible for more than 80% of undesired consequences”, but in fact people are not the source of the problem, they are the solution.The system surrounding them has also played a significant role. As clearly highlighted in resilience engineering, things do not go wrong because somebody commits an error, does not follow a procedure or makes the wrong decision at a higher level. The real cause is, in fact, that things within the organization are not optimally structured. It is the operational environment where people perform daily that contains a myriad of factors that combine randomly to create the potential for an undesired event.

The thorough change in the company’s safety culture was not only a perception; it was also clearly confirmed by safety metrics and key performance indicators. The number of Time Loss Injuries dropped from one a day (360) to just over 150; an astonishing 60% reduction in a 5-year period. Serious incidents were reduced from about 100 to just over 40 in the same time span. When we analyse Days Loss due to injuries, the decline is equally remarkable, going from 12,000 down to 7,500 (close to 40% reduction). These lagging indicators clearly show how BC Ferries successfully emerged with a brand new safety culture that impacted the workforce’s professional culture and their performance. Transforming BC Ferries’ safety culture also had a significant impact on the company’s economy and performance, so safety also means increased profit, better reputation and top performance. For instance, during the 5-year period, insurance claims costs plunged from $3.5M down to $800K.

WrightForce helped organise, coordinate and implement the key actions included in the action plans. The activities as outlined by the plan covered all areas of BC Ferries’ operations such as a rigorous Risk Assessment governing all safety procedures and implemented on board ships and at terminals and repair/ maintenance yards, developing a Site Investigation process with trained teams at terminals and on board ships, a new reporting system of “learning events”, encouraging all employees to report safety-related issues, etc.

Driven by the employees

SailSafe has been driven by the employees who know and understand BC Ferries and who are the eyes and ears of the operation each and every day. SailSafe has been a remarkably successful initiative that changed the company culture with a new view on safety, improved performance and professional culture and embarked the company on the process of continuous improvement. 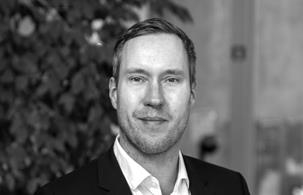 British Columbia Ferry Services Inc and BC Ferry & Marine Workers’ Union win DuPont’s 2017 Safety and Sustainability Award and celebrate 10-year’s anniversary for the SailSafe program. FORCE Technology has assisted BC Ferries in starting up and implementing the SailSafe program leading to the award.

Psychometric test of the crew members is an effective way to optimise the skills of the crew and the company’s safety culture.