Management at a state-owned fertilizer factory in South India was very satisfied with FORCE Technology’s condition assessment and ’fitness-for-service-assessment’ in connection with a planned turnaround.

During a turnaround, the entire factory is shut down, while thorough inspection and maintenance is being carried out. The turnaround at the state-owned South Indian fertilizer factory had a planned duration of a month.

Based on our experience with ammonia reactor vessels, metallurgy, advanced non-destructive testing (NDT) and service lifetime assessments, the Danish manufacturer of the factory’s ammonium system opted to recommend the company management to use FORCE Technology to perform the necessary examinations and assessments of the large ammonia reactor vessel.

Examination of the ammonium reactor vessel revealed several serious cracks, primarily around the weld seams. This is especially critical as the reactor works under high pressure and high temperature. Thus, the cracks had to be repaired as fast as possible before the system could be put into production again.

Close co-operation between the technical management, the Danish manufacturer of the ammonia reactor and our experts clarified the technical details and specifications, so that hydrogen baking out, welding procedures and testing could be performed rapidly.

Management at the state-owned fertilizer factory expressed their satisfaction with both the performed task and the co-operation with the team from FORCE Technology.

The petrochemical fertilizing plants constitute very important industries in society as regards food production for the increasing populations in India and other developing countries. 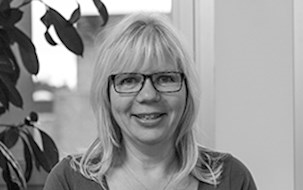