A comprehensive and very tightly scheduled remedial action plan was initiated. A four tons anchor and damages in the concrete coating were found. Broken concrete and corrosion protection materials were removed from a two metres long section and the damaged steel pipe prepared for detailed inspection.

The department of Advanced NDT Global at FORCE Technology was called for subsea ultrasonic inspection. The 2 men team arrived on the DSV with P-scan system 4 configured for diver assisted subsea inspection. This configuration of P-scan included the scanner AUS-4 for underwater inspection of ferritic steel pipes, the P-scan 4 data acquisition and processing unit housed in an “electronic bottle” and a PC for online presentation of data and remote control of the sub-surface units.

A diver mounted the scanner on the pipe and his operations were viewed on the DSV via the divers’ video camera. The operator on deck of the DSV controlled movement of the scanner with its 4 UT-transducers. The length of the damaged pipe section was divided in 9 sectors to be inspected for longitudinal defects and for transverse defects.

The operator on deck could view the processed UT-data in the various P-scan display features and thus evaluate pipe condition simultaneously with progress of the scanner. The inspection continued successfully until the 9th sector should be scanned.

At that time all computers controlling position-keeping systems of the DSV broke down. Divers were immediately taken on board and the subsurface P-scan units left on the bottom with its surface cables tied to a marker buoy at the surface.

The DSV sailed to its home station in Norway for repair. After about 2 days the ship returned to the location. The FORCE-team connected the P-scan cable to the PC and completed inspection of the 9th sector without further delays. 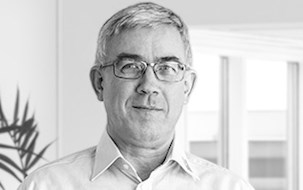