The survey was carried out on behalf of Hochtief AG and we surveyed both monopiles and jackets, verifying the condition of the wind farm’s CP (cathodic protection) system.

"Conventional methods for inspecting anodes do not provide the current density and current output. In order to measure the actual current output from the anodes, as well as drain to buried steel, a FiGS inspection is the only solution available today that can predict the remaining life of a CP system with an acceptable accuracy,” says Jens Christofer Werenskiold, lead engineer on the development of the FiGS sensor at FORCE Technology.

The main purpose of the assignment was to verify the polarisation of the structures and to measure the current density levels, comparing them with the original design values. The structures were uncoated and, while the monopiles had developed some marine growth, the jackets were recently installed, and therefore had little or no marine growth.

The readings showed expected levels of current density and potentials, the current densities proving to be lower than the design values, which is what we typically see from these type of inspections. This means that the life expectancy of the CP system is within a good range, allowing for extended operation.

This wind farm is located in the Baltic Sea, in German waters. An inspection class ROV on board an ordinary DSV was used to deploy the FiGS. Regular CP measurements were also conducted to confirm the polarisation of the structures. Readings were taken on both steel and anodes, in addition to calculating anode currents from the field gradient readings.

An important issue in these waters is the high resistivity of the low-salinity water. This reduces the current throwing range of the anodes, making the protection of areas remote from the anodes more difficult. For monopiles, with more constraints in anode placement, the high resistivity may be more challenging. For jackets, with distributed anodes, this is less of a problem.

“We contracted FORCE Technology to use their FiGS technology to verify functionality and regain confidence in the installed CP system. The high seawater resistivity issue was a concern for us, especially regarding the monopoles that have an uneven distribution of anodes. FiGS, with its superior sensitivity, gave us the degree of confidence we needed and confirmed that all sections are protected, meaning that the CP system will last for the duration of the design life with a substantial margin.” - “Someone someonesson”

The history and future of FiGS

The FiGS sensor was developed with funding from Statoil, Gassco and Norske Shell. The first pipeline survey took place in 2013, giving the client unique insights into the integrity of their pipeline. Several pipeline surveys have now been carried out on both buried and exposed lines, and Statoil has approved the technology as a multi-use tool.

“We are very proud to have met Statoil’s requirements for approval of new technology, and we feel their acceptance and approval is an important milestone for FiGS. There is often a degree of conservatism concerning new technology in the oil & gas industry. While our experience extends to several companies now, we are convinced that their approval of FiGS will helps us reach even more potential clients that could benefit from an accurate CP inspection,” says Werenskiold.

We have also tested the sensor deployed by Autonomous Inspection Vehicles (AIV/AUV). This allows the sensor to move more freely, without being in contact with the structure or anodes. Because the field gradient readings yield accurate CP data calculations, FiGS is the only technology available on the market that can perform CP surveys with AIVs. Its superior sensitivity also makes it the only tool available that can provide reliable remote field gradient readings. 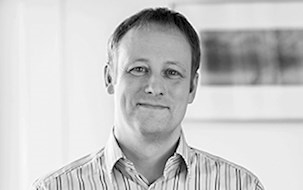