The projects involve a large number of newbuildings covering both feed and design phases for newbuildings as well as rechecking the stability of existing platforms after major conversions and upgrades. The clients seeking FORCE Technology’s expert guidance cover oil majors, design bureaus in all Europe and North America and shipyards in Europe, North and South America and Asia.

Platforms like for example semi-submersibles with small water plane area are highly sensible to weight changes. An over-dimensioned and very heavy mooring system is therefore most unfavourable since it limits the payload. The wind and current loads are very important parameters when analysing the platform’s dynamic positioning, mooring and stability capability. The main purpose of the wind tunnel tests of offshore platforms is, therefore, to acquire data for stability calculations, mooring and DP analyses through determination of the wind and current loads for the above- and underwater portions. The benefits outlined below ensure far more cost-effective platforms.

Class rules predict that the overturning moment due to wind forces on a free-floating platform increases with the heel angle which results in reduced stability. This does not apply to all platforms. A large number of wind tunnel-tested platforms show a decrease of overturning moment with heel angle improving the stability and possible payload. Determining the wind and current loads by wind tunnel tests instead of using class rules estimations can reduce the dimensions of the moorings, and when the total mooring system can be reduced in weight, size and price, the gained weight can be used for payload on the platform.

To ensure exactly the same flow conditions in model scale as in full-scale, it is necessary to make model tests at a Re-number identical to that of full-scale. For a model on a typical scale of 1:200, this means that identical Renumbers would require tunnel wind speeds 200 times greater than typical natural wind speeds. However, for practical purposes, it is sufficient to require that the character of the flow in the model scale is the same as the character of the full-scale flow to obtain reliable results from model tests. This is demonstrated by Castro, I.P. and Robins, A.G. in 1977.

In the wind tunnel, a model of the platform is tested using two parts of the model: an above-water part and an underwater part. On the above-water and underwater parts of the model, the wind load is measured as three forces and three moments. These six load components and the wind directions for the tests hold the necessary information to determine the critical axis, heeling levers, lift and drag forces and their lines of action. Once the critical axis has been determined for a given draught, the model is tested for different angles of heel about this axis. Other services In connection with testing of offshore platforms, FORCE Technology also offers services within investigation of funnel performance, wind chill index, anemometer calibration curves and guidance for helicopter operations.

It is very cost effective both in the early design and feed phase to check the stability of the structure as well as rechecking the structures after major conversion or upgrades of existing platforms. 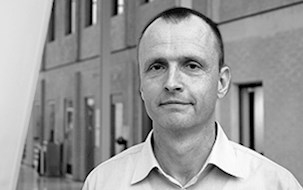