Venice port authorities get help to widen the Malamocco Canal so that large cruise ships no longer have to sail through the old city with pollution and higher water levels as a result.


It attracted worldwide attention when the Italian government earlier this year banned large cruise ships from sailing through Venice's lagoon and docking in the old city. But the ban was necessary, because the many cruise ships washed so many sediments out of the lagoon that it caused Venice to sink. The ships also created massive pollution.

A new project led by two Danish GTS institutes is going to make it possible for cruise ships to return without harming the city.

The project aims to widen the Malamocco Canal in the southern part of the lagoon, so that the cruise ships do not have to pass through Venice itself, but can dock outside. Venice's lagoon is incredibly vulnerable, so the project requires a lot of consideration and extensive analyses.

Andrea Crosta, DHI’s Vice President of Marine & Coastal, South Europe, says, ‘This is an important project that will contribute to a more sustainable Venice – in terms of tourism and the environment. Using innovative, science-based solutions to solve longstanding challenges that will positively impact the environment is key for DHI, and I’m excited to see what our study will bring.’

DHI will contribute to the analyses with detailed hydrodynamics models based on MIKE Powered by DHI technologies and simulations using NCOS ONLINE, an award-winning physics-based vessel response system developed in collaboration with FORCE Technology. This system utilises high performance, cloud-based computing environments to resolve vessel motions and forces, providing port and maritime authorities with strategic and operational decision support. Using NCOS ONLINE in this study allows DHI to accurately identify the depth of a ship's keel and its impact on the surrounding environment.

FORCE Technology is going to do navigation studies - ie. analyses of the canal and real-time simulations of sailing with large cruise ships.

The analyses and recommendations of the two GTS institutes will be the starting point of a careful expansion of the canal and the subsequent work with the establishment of quays and the like, so that both maritime traffic and sustainability are taken into account.

“Sustainability is a recurring theme in most of our work, but this project is something special. It’s an extremely vulnerable lagoon, and a city that is particularly worthy of preservation, and there are an incredible number of things to take into account and many different disciplines at play to ensure a sustainable solution that protects the environment and maintain an efficient and safe transport system ", says Jan Michelsen, Head of Simulation, Ports & Training and FORCE Technology.

“The Malamocco project is an example of how authorities around the world currently are reviewing old practices and searching for ways to maintain important industries - such as tourism - but in a sustainable way. It will be interesting to see how much of a difference we can make with new, intelligent solutions, and we hope we can help secure the future of Venice,” he says.

The project is co-financed by the EU and was initially set to last 11 months, but the port authorities in Venice have since requested a speedier process, and therefore the work might already be completed in the summer of 2022.

The project officially began with a kickoff meeting in Venice on 17-19 November 2021, where FORCE Technology, DHI, local authorities and EU Commission representatives will meet. 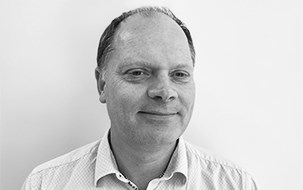