Maersk Peregrino is operating in the oil field Peregrino, 85 km off the shore of Brazil. The vessel used to sail as a supertanker but has been re-built into one of the world’s largest FPSOs.

Pumping oil from offshore wells requires a very safe operation as the costs of failure is immense - both economically and environmentally. The hook-up between the turret and the FPSO is a critical and costly operation, and it is therefore important for the owner and operator to get it right the first time. In order to be certain that the hook up procedure of Maersk Peregrino could take place in a safe manner, Maersk FPSOs assigned FORCE Technology to evaluate and perform simulation studies of the hook up procedure.

The simulations should form the basis for deciding the tug size needed during the hook-up between the FPSO and the STP buoy at the Peregrino oil field. The simulation studies were performed with the help of in-house developed mathematical and visual simulator models of the FPSO.

Seen from FORCE Technology’s point of view, the project was special, as all departments in the Division for Maritime Industry were involved in testing, simulating, training and evaluating different aspects of the complex operations connected with Maersk Peregrino.

The tests started in one of FORCE Technology’s five wind tunnels to determine the wind and current forces acting on the FPSO which is crucial in the structural design of turret and moorings. These tests were carried out for Advanced Production & Loading (today owned by National Oilwell Varco) who has supplied the STP buoy for the Peregrino project.

By combining the aerodynamic data from the wind tunnel tests with the hydrodynamic forces acting on the ship, a simulator model of Maersk Peregrino was generated using our in-house developed manoeuvring prediction and ship generation tool ShipYard which is a part of SimFlex simulator setup.

Once the mathematical model was developed, fast-time simulations of the hook-up between the turret and the FPSO were performed, and the size and number of the necessary tugs needed to bring the FPSO safely on top of the turret was evaluated. The hook-up simulations focused on the ability to move the vessel to a fixed position and to keep the vessel in that position during the operation.

To make the scenarios as realistic as possible, the simulations covered periods of three hours to confirm the ability of the tugs to bring the vessel in position over the turret and maintain its position for a long period of time. Tolerance-wise, the most critical part is just before the connection starts since the turret, after connection, will gradually help maintaining the position as it is being pulled in. Subsequently, FORCE Technology evaluated the tug size needed in order to perform the riser pull-in procedure. This is the operation where the vessel is connected to the turret and is pulling in and connecting the risers. Maintaining heading during this operation is crucial.

During the simulation of the riser pull-in procedure, the FPSO was moored to the turret and its mooring system provided the right response in all degrees of freedom relevant for the assignment under the influences of wind, waves and current.Both the hook-up procedure and the evaluation of tug size were carried out based on detailed Metocean data from the Peregrino field for the time period of the installation.

Finally, the FPSO and Tug Captains assigned to perform the installation of the Maersk Peregrino were trained in the approach and riser pull-in manoeuvers. This training was carried out in the advanced full-mission simulators at FORCE Technology.

The simulations were performed at FORCE Technology’s facilities with a mathematical model of the Maersk Peregrino FPSO and two mathematical tug models with similar dimensions and bollard pull as the tugs considered for the real hook-up operation. The wind forces applied for the FPSO were calculated using the wind coefficients from wind tunnel tests with the Maersk Peregrino FPSO. By performing both testing, simulation and training at FORCE Technology, Maersk FPSOs was ensured that the data generated and used was an exact replicate of the way the actual installation would take place. 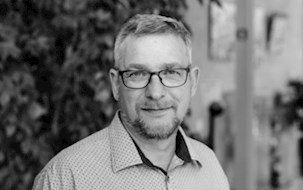