FORCE Technology establishes new subsidiary to handle sales and international growth in using AeroCollect technology, which, with simple air samples, provides a picture of the diseases in a herd.


One simple air test. That is all abattoirs and farmers require to get a clear picture of disease development in a herd of animals. The technology, which is a revolution in veterinary diagnostics, is called AeroCollect and was developed in Denmark by the GTS institute FORCE Technology.

In recent years, the technology has shown enormous potential, especially in chicken and pig production, and therefore FORCE Technology will separate some of the activities of the current AeroCollect division into a subsidiary that will drive sales with a focus on international growth.

“We want to ensure the best conditions for a successful international scaling of the AeroCollect® product range. That is why we are establishing a subsidiary that will strengthen product development, production and sales internationally”, says Hanne Christensen, CEO of FORCE Technology.

"AeroCollect® demonstrates the strength of the GTS system in terms of maturing technologies, commercializing them and passing them on to wider use as they grow beyond the original GTS mission," she says.

The new company is called AeroCollect A/S and is fully owned by FORCE Technology. In connection with the establishment, the subsidiary AeroCollect A/S also enters into a strategic cooperation agreement with Indical Bioscience on development, sales and distribution, so that international expansion can accelerate.

The rights to develop and commercialise AeroCollect technology in the human field are retained by the parent company.

The sample chamber is then sent to the laboratory where the content is analyzed for pathogens using a qPCR analysis. The results are ready within one to two hours.

AeroCollect® is a CE-marked Danish technology developed by FORCE Technology.

The technology is currently used in the poultry, swine, and mink industries. In addition, the equipment has been shown to be useful in cattle herds and the human pharmaceutical industry, but the technology is not yet commercially available in these fields.

AeroCollect® has over 60 customers in 14 countries. 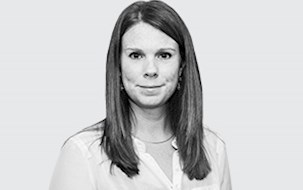