Nanosatellites have to be developed at speeds never imagined before, be inexpensive, and at least twice as reliable as previous iterations. This is a serious challenge that calls for extreme testing.

Denmark has a proud space electronics tradition. In the wake of Andreas Mogensen's impressive mission, the first national aerospace strategy for 2016 onward is focused on new space and nanosatellites, characterised by a high volume of satellites in a low orbit around Earth.

From micro- to nanosatellites

The general trend is toward smaller and smaller satellites: from microsatellites such as the 50 kg Ørsted from 1999, Denmark's first satellite; to today's 1-10 kg nanosatellites. In the future, there may even be pico- and femtosatellites. The primary driver is lower development and deployment costs. Nanosatellites also create opportunities for many satellites to 'co-operate' in gathering data from multiple locations. Low development and deployment costs set the stage for a growing market for special-purpose satellites, in which upstream and downstream stakeholders are more closely connected in a much shorter development cycle.

The challenges of new space

The challenge for nanosatellite developers is ensuring and documenting sufficient operating lifetimes while keeping costs down. Requirements for equipment in traditional and deep space applications include lifetimes of 20 or more years in the absolute toughest environment. Meanwhile, new space requirements are for 3–5 years under generally more favourable - but still challenging - conditions. For this reason, simply transferring traditional space design and testing methods to new space applications is not the solution. Among other issues, new space uses COTS (commercial, off-the-shelf) components that are not certified for use in space. This means that extreme tests must be developed specifically for new space, in order to effectively verify a product's ability to withstand a launch and operation in space.

That is one of the points set out in the performance contract titled "Use of aerospace systems", in which satellite producer GomSpace has been an active participant, having provided existing modules on which to try out the new tests.

Reliability strategy as a foundation

The foundation of these extreme tests is a reliability strategy based on lifetime, acceptable failure rate, and confidence targets. The tests are divided into design verification tests and accelerated reliability tests. The design verification tests serve to verify that a design fulfils particular requirements in terms of functionality and environment. The reliability tests, on the other hand, serve to either identify weaknesses in a design that can be eliminated before production, or to establish fulfilment of a lifetime target. Figure 1, below, shows the idea behind the way the strategy is boken down into various tests.

For new space equipment to be reliable, ensuring that there are no weaknesses in the design is critical. GomSpace, which develops modular nanosatellites, knows this well. For that reason, they have conducted HALT (Highly Accelerated Limit Testing) on modules for one of their nanosatellites. In HALT, the modules were subjected to increasing thermomechanical stress in order to find potential weaknesses and establish margins. HALT is a new space equipment testing method. Since weaknesses can be detected early on in the development process instead of during use, and since broad design margins can be verified, the method is well-suited to the need in new space for cost-effective testing.

With GomSpace and other new space manufacturers using COTS electronic components and batteries, there is a need to document that products using these components can last the required 5 years of use. Traditional lifetime testing may take many months. That means there is also a need to introduce new, faster methods such as CALT (Calibrated Accelerated Life Testing), in which the duration is "calibrated" to the time available in the project. Another advantage of CALT is that it requires only 6 testing objects — much less than the quantity required for traditional lifetime testing.

In the case of GomSpace, high temperatures were determined to be the most dominant stressor in terms of reductions to the electronics' lifetime. Temperature changes and vibration were also determined to exert some influence. Thus, a CALT exposure was designed consisting of 90-minute cycles, mainly of high temperatures; supplemented by a single, quick temperature cycle encountered when the satellite is orbiting Earth; and a short period of 6-axis random vibration at a low level, 5 Grms, since significant vibration will not occur during use in space. The mechanical effects of the launch are covered by qualification testing. Only the high temperature level was changed in the various CALT steps. Figure 2 shows a CALT cycle.

The matrix in figure 3 shows a summary of the nanosatellite's mission profile for its life cycle; that is, an evaluation of the significance of various environmental effects throughout phases from production to use in space. The matrix was developed in connection with the performance contract.

Relevant design verification tests can be based on this matrix. Based on risk assessment, the strategy is to perform only the most relevant tests, and to perform them in the most cost-effective way possible. This is also known as intelligent testing.

Vibration, thermal vacuum, and EMC are traditional space electronics tests. Pyroshock is often also included in the suite of tests to ensure that nanosatellites, cameras, sensors, and other equipment can survive the effects of bolt explosions when stages of a launch rocket detach from the remaining part, or when the payload detaches from the rocket.

This is a very high-frequency, high-level mechanical effect that can affect relays and crystal oscillators, destroy small circuitry components, or loosen small pieces of solder that may cause short-circuiting. Pyrotechnic shock is normally specified as the required shock response spectrum (SRS or RRS), expressed in terms of acceleration and resonance frequency.

In connection with the performance contract, a pyroshock facility has been developed. It is now in full use after verification with various objects. In practice, a special bolt gun loaded with gunpowder is used to induce energy into one corner of a large metal plate, with appropriate distributed masses and the nanosatellite or other equipment to be tested in the corner opposite the one struck by the bolt gun. 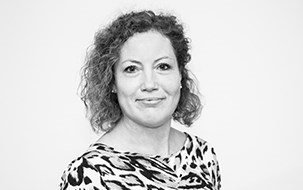 This article was published in Aktuel Elektronik, September 2018 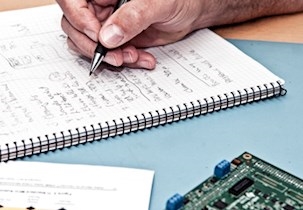