IoT solution puts an end to tonnes of wasted fish

IT company ReMoni has developed a system for detecting errors in fish deboning machines produced by Kaj Olesen, a mechanical engineering firm. The result is massive savings in money and fish alike.

ReMoni wanted to determine whether its clamp-on sensors could be used to detect faults in Kaj Olesen's deboning machines to avoid breakdowns.

ReMoni built a new software component to detect error signals, such as abnormal vibrations in the machines.

With more data to support the results and demonstrate the savings to customers, fish processors can save time and money.

Up to 500 machines from Kaj Olesen are currently deboning fish at fish processing plants around the world. A total of 32 pinbones must be removed from a fish before it becomes a fillet in a refrigerated display.

If a machine breaks down, Kaj Olesen sends someone to repair it. Meanwhile, there are losses adding up for both the fish processor, which cannot send any fillets out the door, and for Kaj Olesen, whose resources are required to repair the machine.

This problem piqued the curiosity of ReMoni. ReMoni produces clamp-on sensors that can be attached to the exteriors of cables and pipes in order to monitor and optimise energy systems.

Today, the company's sensor solution is used primarily in buildings, but a MADE FAST Development project gave ReMoni an opportunity to test whether their technology could also be used in manufacturing - specifically, to detect problems in Kaj Olesen's machines and prevent breakdowns.

The cost of wasted fish

Michele Colli, an IoT specialist at FORCE Technology, helped the businesses involved in the project. He analysed three factors to understand how ReMoni's equipment could create the most value: the cost of maintenance, the cost of customer downtime, and the cost of fish wastage when a machine is not performing optimally.

“Surprisingly, fish waste was the biggest expense, so that became the focus of the solution," Colli explains.

For example, if a screw in a machine's motor has become loose, it will begin to vibrate. The longer this goes on, the worse it gets, and that means more and more good fish ends up going into the bin as the machine's accuracy falls. The eventual result may be a breakdown, but in the meantime, large quantities of fish can go to waste. Besides being a waste of resources, this costs money. Jacob Olesen, CCO at Kaj Olesen, describes the situation using an imaginary example:

"Suppose the customer is processing 40 tonnes of fish per day—and that isn't even a big number. If the machine has an error rate of 5%, that's 2000 kilos of fish lost every day. If they sell the fish for 100 DKK per kilo, they lose 200,000 DKK on that one machine that isn't working optimally." Olesen adds that a lot depends on the size of the operation and the price at which the customer sells the processed fish.

However, a small amount of waste is unavoidable in deboning fish. A normal amount for Kaj Olesen is around 0.8% to 1.1%, but that amount "can easily reach around 6% for a malfunctioning machine," according to Jacob Olesen.

Olesen was grateful for Colli's help in creating a clear focus for the project:

For ReMoni's clamp-on solution to be able to monitor motors for indicators of failure, ReMoni needed to build a new software component.

"This is a new component we're adding on top of our existing solution. It's another tool in our toolbox," says Bo Eskerod Madsen.

”Before, we could monitor power consumption, but we had no way to tell if a motor was about to burn out."

By taking measurements from the motor cable 10,000 times per second and splitting the signal, ReMoni's new software can detect signals of failure, such as abnormal vibrations in the machine. When it detects a change in the signal, the software determines whether the change is random noise or an indication of a real issue.

"The first solution we tested actually worked, which came as a surprise. That's not how it usually works. You have to test it, go back, fix something, and then test it again," Madsen says with a smile.

A trend towards IoT solutions in SMEs

The software makes it possible for Kaj Olesen to identify machines that aren't performing optimally right away.

"This is a whole new way for us to sell our products. We can constantly stay ahead of any potential problems," says Jacob Olesen. According to Colli, using IoT solutions to identify errors before they turn into major problems is a trend among SMEs:

”There is a growing demand to introduce IoT-based solutions to move from time-based maintenance to condition-based maintenance. Instead of performing maintenance on a fixed schedule, where you risk coming too often or too infrequently, you perform maintenance when the machine tells you it needs it. We're noticing that SMEs are increasingly interested in this, too."

”Just what we wanted”

The testing and solution are not yet complete, but the results are promising:

”This could be a really useful solution. It does just what we wanted it to do," says Madsen. "We now have three or four tests going in other environments and on different machines, and so far, things look good.”

Kaj Olesen is not quite finished with the system on their machines. Currently, they have ReMoni's equipment installed on two machines, but there are more in the pipeline:

”We need more data to support the findings. First, we need to gather all the information we can; on top of that, we need to look into developing a platform to handle the data," says Jacob Olesen.
"Once our customers can see specific information on the savings in store for them, I'm certain that quite a few will want to use the solution."

This is a whole new way for us to sell our products. We can constantly stay ahead of any potential problems. Jacob Olesen, CCO / Kaj Olesen 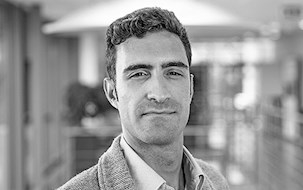 MADE - Manufacturing Academy of Denmark has since 2014 been the Danish national initiative for research, innovation and education within advanced manufacturing.

MADE is designated the national Cluster for Advanced Manufacturing. The vision is to make Denmark the world's leading manufacturing nation.

The members of MADE counts 220+ companies, 5 universities, 3 RTOs and 8 Educational institutions.

Learn more about MADE. 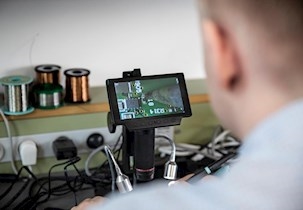 Learn how iot technology can create value for your company.