What happens when data from electronics become part of a supply chain? And what should you consider when rolling out large wireless networks in an IoT context?

The Internet of Things is the interconnection via the internet of computing devices embedded in objects, enabling them to send and receive data. When rolling out IoT infrastructure on a large scale, you may face system breakdowns resulting lack of data due to the environment, network errors, differences in installation, variation in sensor data and the system's overall integrity. In other words: the availability of a function. Here, we dive into what happens when you have passed the proof-of-concept phase in a controlled environment and data from electronics become part of a supply chain - and what you need to consider when rolling out large wireless networks in an IoT context.

Many electronics businesses still make money from selling products. But as companies continue to adopt IoT, many are considering service-based models to help them sell functionality instead of or on top of mere products. Take lorry tracking: In this case, it is crucial for the transport company that data regarding the whereabouts of each lorry is delivered reliably. Transport companies might lack the resources to administer and run a data network and perform device maintenance. That is why they often work with a system supplier they evaluate based on the service provided, namely reliable delivery of data from the devices. This makes the electronics and the network part of the supply chain required to deliver the service. Therefore, the reliability of these components must be considered and prioritised when managing the supply chain.

Wireless coverage is a vital component in IoT networks. Sigfox, a wireless network devoted to IoT, has a certification programme where producers who supply electronics for IoT networks are evaluated and tested based on various parameters to ensure that these devices can reliably deliver data to end-users. One parameter is the antenna implementation. Devices are tested to determine how good their antennae are, which directly influences the coverage level experienced by end-users.

Figure 2 shows the four classes into which devices are sorted based on the test. This can be directly linked to the actual level of coverage, revealing the risk probability that a tested device will lose its connection, with a deterioration of the service experienced by the end-user.

In Figures 3a & 3b, you can see a Sigfox coverage map for Denmark. The map on the left shows that Denmark has nearly 100% coverage if producers' developers have ensured a good antenna performance and achieved class 1U. By contrast, if the antenna integration is not up to par, gaps in coverage will occur in areas of the country, as shown by the map on the right.

In POC projects, we often demonstrate that coverage exists and is sufficient for the system to fulfil its purpose. But when we roll out thousands of devices throughout the country for long-term use, it is essential to take a statistical approach to coverage. Most often, a normal distribution can be used to evaluate the quality of signal strength nationwide - and by extension, the quality of the service delivered (see example in figure 4).

In Svebølle, where the Danish energy company SEAS created the first "smart village" in Scandinavia to test IoT technology, there are sensors for parking, pedestrian monitoring, street lighting, and smart meters for gas, electricity, water, and heating. FORCE Technology monitored LoRA-based wireless communications as part of the Energy Bigger project.

To prevent FORCE Technology from accessing potentially sensitive data, encryption keys were not exchanged, and the data contained in the messages could not be read: only timestamps and received signal strengths were available. It was still possible to conclude the radio network itself based on the slightly less than 700,000 packets received.

Looking at just a single device (see figures 5a & 5b), you can see that the mean received power is –125 dBm, with a standard deviation of 5.5 dB. This means there is a 2.5% probability of the power being less than –136 dBm, the sensitivity of a LoRA radio. In other words, there is a 2.5% probability that the data from the device will not be received in the relevant transmission.

If the antennae are not implemented correctly, the mean value will be lower, thereby increasing the packet loss probability. For example, if 5.5 dB is lost due to a bad antenna, the chance rises to 16% instead of 2.5%, though the device is installed in the same location. This is why FORCE Technology, working in the IoT & Wireless Club with Anritsu and Bluetest, constructed a testing facility to measure the performance of IoT devices in terms of antenna sensitivity.

The more devices in operation and time spent in the field, the more extremes they will be exposed to – like temperature changes, environmental humidity, the magnitude of voltage spikes in the power supply and vibrations in installation locations.

For example, if a network of 10,000 devices is installed to be in operation for 10 years, they will go through a combined total of 100,000 years, or 850 million years, of operation. Even though the probability of a device being exposed to 80°C every hour in an industrial environment is, statistically speaking, one in one million, 850 devices will be exposed to these conditions throughout the network's lifetime. If a service technician must replace them, the task is costly throughout the device's lifetime. All of this is based on a probability that is virtually impossible to predict in a proof-of-concept project.

When rolling out IoT systems on a large scale, it is essential to consider the probabilities that come into play when many devices operate over a long period to ensure their data's availability. This is directly related to the services businesses can deliver when selling services and products.

Contact us to find out how we can help you design, install and test your large-scale IoT system. 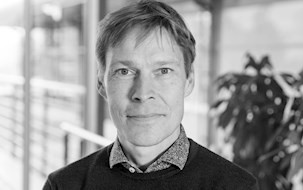 the article was published in 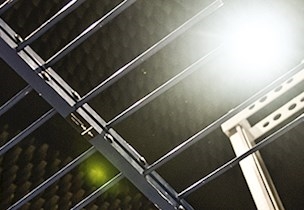 Do your wireless products and systems comply with all requirements?