In 2016, a new standard was issued by ISO called “Ships and Marine Technology – Measurement of changes in hull and propeller performance”.


What is it all about?

From any commercial point of view, it is important to keep the costs of operating a ship at a minimum. One of the major costs is the fuel consumption which is affected by several factors like size of vessel, operational profile, navigational skills of the crew, weather and sea conditions, etc.


From a very basic point of view, the performance indicator for the vessel is the fuel consumption per moved cargo per nautical mile. This is a very reasonable definition which is basically the definition used by EU for new regulations for CO2 emissions and the EEOI defined by IMO. But it is not useful for characterising the performance of the hull and propeller as the title of the standard speaks of. For that purpose, more sophisticated performance indicators are required, but the complexity of the problem also leads to controversy among experts.

The standard and the real world

The first drafts of the standard offered a strict approach whereas the final standard also offers a variety of alternative approaches which provide less promising accuracies in the performance monitoring and hence not recommended by ISO. Consequently, this article will only comment on the strict approach.


The strict approach requires extensive equipment on board the ships, rich data about the design of the ships, strict procedures for maintaining the accuracy of the equipment on board the ships, and continuous monitoring over several months and years. On these grounds, the standard claims to obtain good accuracies of the performance indicators. However, we tend to believe that the method for estimating the obtainable accuracies – which is described within the standard – is idealising the results.

The method neglects some of the real world complications that affect ships in operation – for instance waves, rudder movements, dynamic effects (accelerations, decelerations, heave, yaw). Hence, we believe that the claims for accuracies from the approach are too optimistic.

We believe that the standard needs to prove its worth in real world scenarios. Hence, no one should yet implement all the requirements of the standard and be confident that the accuracies obtained after one to five years will automatically match the accuracies claimed by the standard. We still need to see data from real operations providing accuracies as good as the standard claims possible.


At first glance, the standard may seem to impose heavy demands on the data analysis, but in reality, the hard restrictions and related costs are mostly imposed on the ship owners and ship operators. And this is probably the most important shortcoming of the standard: Because the authors of the standard - deliberately or unwillingly – have neglected several complications to make the standard simple, they may in fact completely miss the target: The inherent complexity of the subject under investigation cannot just be put aside and neglected without loss of validity. Thus, we conclude with a warning: Do not blindly assume that merely because there is an ISO standard to comply with, you will end up with a useful output. 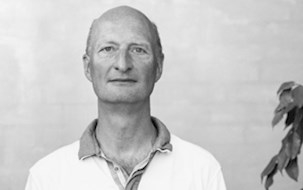