How to determine the power demand using RANS CFD

A self-propulsion tank test is often made in the late design phase to verify the performance of the hull and propeller together and to predict the power demand for the engine.

Using RANS CFD, we are able to provide accurate predictions of self-propulsion characteristics such as thrust, torque and propeller efficiency already in the early design phase and thereby rank design variants before selecting the final hull form for the tank test.


The number of requests for complex CFD simulations as a supplement to traditional towing tank tests is increasing as the computer power and techniques develop rapidly. To address the self-propulsion tests, we have previously used simple, prescribed actuator disks to solve flow problems involving impact of propellers, but due to the simplicity of the models, they lose some of the complexity of the flow, and they tend to lose part of the information on the hull-rudder-propeller interaction.

Higher complexity in the simulations

To improve numerical self-propulsion simulations, we have recently implemented a more advanced body-force propeller in StarCCM+. The model is based on quasi-steady blade element theory which adds more complexity than the simpler actuator disk models, but it still reduces the computational cost and complexity compared to simulations with rotating geometries.

The model simplifies the blades of the propeller by using a quasi-steady and time-averaged approach.  It assumes that the blades consist of profile sections, each of which is treated as a 2D section.

For each section, the local lift and drag are calculated, and Prandtl’s tip correction factor is used to account for the vortices shed from the blade tips which affect the induced velocity distribution. The local thrust and torque are computed in a time-averaged manner from the calculated lift and drag and are integrated from the hub to the tip to give the total thrust and torque forces. Further, the local blade loads are converted into body forces to give the flow acceleration resulting from the propeller in the RANS solution.

Demonstration of the accuracy in RANS CFD self-propulsion

For the present study, a single speed and three RPMs were tested in the CFD self-propulsion setup. The results were compared with the similar towing tank self-propulsion results, and the results agreed well with a maximum deviation of 1.3% in thrust and 1.4% in torque, i.e. within the standard CFD margins. 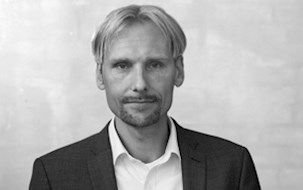 In the past, the hull form has been focused on one design point only; specified loading condition (typically full load), corresponding draught of the vessel (typically even keel), and specified design speed.

In this project, FORCE Technology will assure a good ship performance with new designs as well as rebuilding by developing new methods to improve energy efficiency and safety as well as reducing environmental impacts.