A vocabulary for sound characteristics enables audio professionals to communicate efficiently when talking about sound perception in the context of audio reproduction.

In order to communicate efficiently, one must have a concise and well-defined language so that everyone understands precisely what is meant. That also goes for sound. Until now, most audio professionals have used a colourful and often personal language to describe the perception of audio reproduction systems. In magazines, the language resembles poetry describing the tested products in both subjective and objective terms, while manufactures search for adjectives (often superlatives), which will impress consumers.

Even within the scientific community, a common language is lacking, for example in perceptual modelling and Machine Learning (ML), which is rapidly expanding in these years. One example is an article where “Punch” is modelled without a definition of the term [2]. In another article a very similar percept is described by “Apparent source width (ASW) in one place and “Sound image width” in another.

In short, a common language to describe auditory perception for communication amongst audio professionals makes a world of sense.

To meet this need ITU (The International Telecommunication Union) has recently released a report (ITU-R BS.2399-0 [1]), to help audio professionals talk about sound reproduction with a common language use with objective and unambiguous terms.

The sound wheel suggests common concepts for sounds and their properties.

Audio vocabulary in the making

Back in 2005, Torben Holm Pedersen from FORCE Technology published a vocabulary of sound describing words [3]. Danish and English words with translations from one to the other was the first step in finding out how to assemble the audio vocabulary. His work has been widely recognised and was, for instance, the catalyst for a similar vocabulary for evaluations of sound in an automotive context [4].

Within perceptual audio evaluation, the set of characterising words are referred to as attributes. In 2006 Nick Zacharov (SenseLab) and Søren Bech (Bang & Olufsen) included a list of attribute requirements in their popular book Perceptual Audio Evaluation [5]. It is the continuation of their work, which led to a sound Wheel of well-defined attributes for evaluation of reproduced audio, which was described in a more recent paper from 2015 [6].

The paper includes a detailed description of how attributes in the Sound Wheel were established and validated. An updated version of this process which has now made it into ITU-R BS.2399-0, along with the sound wheel (now “Audio wheel”) as an example (see figure 1).

Impact and perspective of listening tests

The International Telecommunication Union (ITU) dates back to 1865, celebrating its 150th anniversary in 2015. With its current 193 member countries, it has a global reach and is an ideal platform for spreading the knowledge from the few to the masses.

With the publication of this report, the vocabulary used by audio professionals can now be gradually streamlined; not only by using a common set of words but just as importantly, by having a common understanding of the meaning of those words, as each one comes with a definition.

One very practical utilisation we at SenseLab hope this will bring is an increase of sensory product usage information on audio products, as known from the food industry, e.g. the beer label shown in figure 2. Also, an example of perceptual characteristics for a loudspeaker is shown in figure 2.

The published audio wheel is not static, and the development continues. Zacharov et al. have published an updated version with more spatial attributes [7]. Lindau et al. have published an alternative set of spatial attributes (SAQI) [8] and others will follow in the future. Thus, the ITU report may serve as a support document for ensuring that the continued development leads to high-quality contributions and further allows a wider segment of audio professionals to contribute. The Audio wheel is ready for a worldwide debate but is already an amazing tool for easing communication of the characteristics of reproduced speech and music.

The International Telecommunication Union (ITU) develops standards and recommendations for measuring and assessing equipment – both within telecommunication (ITU-T) and radiocommunication (ITU-R). It is within the broadcasting (BS) division of ITU-R that the report, ITU-R BS.2399-0 [1], was recently released. The report aims to help audio professionals talk about sound reproduction with a common language use with objective and unambiguous terms.

Contact us to learn more or visit our site about acoustics, noise and sound quality. 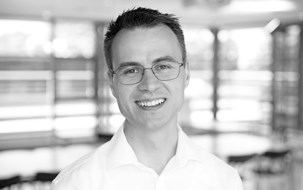 The development and use of the audio wheel with attributes is described in two technical notes: