Testing of components in aggressive environments

Test corrosion resistance and functionality of materials intended for exposure to high pressure, high temperatures and/or a corrosive environment.

The opening of HPHT-Lab has now made it possible for Danish companies to test corrosion resistance and functionality of materials intended for exposure to high pressure, high temperatures and/or a corrosive environment.

HPHT-Lab is short for Flexible Accelerated Corrosion Testing, and the laboratory can test the lifetime of metallic components in harsh and aggressive environments (liquids and gases). It is also possible to test the decomposition of e.g. plastics, composite materials and surface treatments, as well as the whole product such as a sensor system.

The laboratory can offer standard testing in accordance with e.g. EN, ASTM and NACE, but clients may also need a customised test, to fit their exact requirement. TRD Surfaces took advantage of precisely this opportunity when they would validate the durability of their newly developed surface treatment, which gives for example stainless steel products a ceramic surface.

”We needed to document the effect of treating high-pressure nozzles of hardened steel with ceramic surfaces compared to nozzles without that coating. Therefore, we contacted FORCE Technology to have our coatings tested”, says Mads Brink Laursen, CEO of TRD Surfaces.

In cooperation with TRD Surfaces, FORCE Technology developed a test set-up in the HPHT-Lab and performed an accelerated test to demonstrate the effect of abrasive wear on the treated high-pressure nozzles.

”We wanted a test that showed the best achievable result within a relatively short period”, says Mads and continues ”FORCE Technology possessed the expertise in constructing the test and optimal conditions for the performance. We had lots of competent feedback, and FORCE ensured observation of all parameters such as water pressure, concentration and size of the particles used to accelerate the wear.”

”The test was clear-cut for our new HPHT-Lab , in which we have built a separate container to collect spray aerosols and dust, and although the test took up space and was noisy, others were not disturbed by it as HPHT-Lab is an isolated laboratory with perfect opportunities to customise/design special tests”, says Mikkel Østergaard Hansen, specialist with FORCE Technology.

Results of the impartial test are already useful

The subsequent analysis of the test confirmed TRD Surfaces’ assumption that their treated nozzles were more wear-resistant than ordinary, untreated nozzles. Test data, as well as photos from the high-resolution microscopes, clearly showed considerably less wear on the high-pressure nozzles with ceramic coatings.

”It is important to us that an impartial company performed the test and documented the effect of our coatings, to prove that it is not only something we claim, and we do not doubt that this test will be useful in the future,” concludes Mads Brink Laursen.

TRD Surfaces already uses the test results in their marketing of ceramic coatings, which are also applicable on pipe joints and valves – in fact, in all places with a flow that exposes the component to wear.

The first facility accommodates tests at normal atmospheric pressure, where it is also possible to add poisonous and corrosive gases, as e.g. hydrogen sulphide, to test the corrosion resistance of the products.

The autoclaves operate with temperatures up to 350 degrees and pressures up to 350 bars, and simultaneously it is possible to expose products or materials to up to 1,000 rotations per minute in hazardous chemicals. Hence, we can simulate the precise working conditions of the component after installation in its operational context. After final testing, also the mechanical properties can be tested to establish whether the material is able to resist the intended environment in practice.

Another example is lifetime and functional tests of electric products intended to work under pressure in an aggressive seawater environment.

Further to performing customised testing or testing according to industry standards in the autoclaves, it is also possible to perform failure analysis or validation testing in the full-scale chamber.

Large components and systems, i.e. up to about two metres long, wide and high, can be tested. The specially designed test chamber, in which the test item is placed, is embedded in a larger safety chamber. 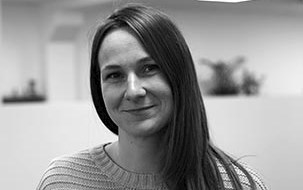