A large climate chamber for full-scale testing has officially been added to the infrastructure at Lindø Component and Structure Testing A/S, LCST.

LCST has so far focused on mechanical testing with the large scale mechanical test bench. With the addition of the almost 900 m3 climate chamber, LCST can provide a complete testing environment for the offshore industry.

The climate chamber was officially handed over from its supplier ENGIE, to FORCE Technology on the 28th of March. The first demo test was conducted almost immediately thereafter.

In cooperation with Volvo Construction Equipment a successful low temperature and over icing test was performed on a L180H Volvo Wheel Loader. The 28 tonnes heavy loader was exposed to a temperature of -20 °C and over sprayed with water until it was completely covered with ice.

This simple test is a small indication of the capabilities of the climate chamber.

However, the climate chamber is quite versatile and is a vital testing facility for any industry operating in extreme and harsh climatic conditions. Along with the chamber is a sizeable data acquisition system with numerable inputs for different temperature sensors and analog signals, which allows for the recording of any parameter requested by the customer.

Lindø Component and Structure Testing A/S is a cooperation between FORCE Technology and LORC.

For further information or a tour of the climate chamber please contact Per Baunegaard With Jensen. 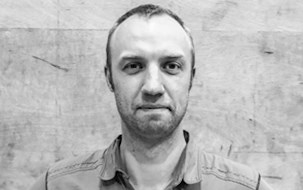