A company used injection-moulded brackets in hundreds of thousands of machines every year. The company experienced periods of increased failure rates of their brackets and contacted FORCE Technology for help. Non-destructive testing using 3D X-ray computed tomography proved to be a great solution for determining the origin of the failures.

The material chosen for the brackets is Grilon BG-30 – a glass fibre-reinforced polyamide chosen for high stiffness and strength. The brackets are designed so that one end is fastened with a bolt, and in the other end, a load-bearing strap is attached to a strap bar.

The failure mode for the brackets is breakage at the point marked with a red circle in the photo below. The failure occurs when load is applied to the bracket.

The cost of the part is low, but replacing the bracket is very time-consuming and thus an expensive and highly undesirable operation.

Brackets like these are usually investigated through optical inspection. Because of the fibre reinforcement, the material is unsuitable for cutting, so breaking of pristine brackets is the preferred method during inspection – in other words destructive testing.

As the material is fibre-reinforced, the surface at the break will contain many fibres attached to one part of the break, which have been extracted from the other side. This results in a porcupine-like surface.

To complement the investigations, the brackets were scanned using 3D X-ray computed tomography. This method provides a full 3D dataset, corresponding to 1000 virtual slices through the bracket.

The voids provide no strength to the brackets, and all the fibres that cross through the voids are also compromised in their ability to provide the expected strength. From the images above, the origin of the increased failure rate is seen clearly.

It is concluded that the process parameters of the injection moulding have changed over time, so that excessive amounts of vacuum voids are present. These voids lead to reduced strength, which again results in increased failure rates.

With this knowledge, the customer could go back and work on process optimisation directed at reducing vacuum voids in the injection process. The images also show that vacuum voids are present even when the production is considered normal. 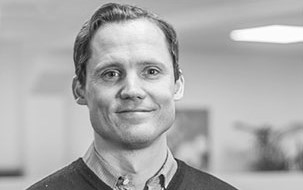