What is carbon capture, and how does it work?

Carbon capture will become an important technology in years to come. A performance contract project conducted by FORCE Technology is documenting emissions from carbon capture facilities.

The impact of CO2 on global warming is well-documented. In order to meet the target of reducing Danish CO2 emissions by 70% by 2030, carbon capture will become an important technology in the years to come. CO2 capture, or carbon capture, includes a range of methods for capturing CO2 directly from combustion processes or from the atmosphere. Captured CO2 is then stored underground or used as an "ingredient" to produce new fuels.

There is a wide range of carbon capture technologies. Each has its own strengths in different applications. An overview of some selected technologies is presented in Figure 1 below.

One of the most commonly used principles is chemical absorption in a scrubber/stripper set-up. This is a well-known process that has been in use in numerous industries for some time, such as in natural gas processing.

In the scrubber, the exhaust gases are "washed" using a solvent-rich mixture, and CO2 binds to the solvent. Depending on the solvent used, 90% to 99% of the CO2 is removed from the exhaust, and the cleaned gases are released into the atmosphere. Meanwhile, the solvent, now rich in CO2, is pumped to a stripper. There, energy is added (e.g., from steam), and the CO2 is desorbed or "cooked off". The CO2 from the stripper can then be compressed and sent on to be stored or used.

The scrubber/stripper process is suitable for large point sources that generate energy, such as power plants. In Denmark, waste processing plants and the extensive network of district heating plants are ideal for this carbon capture method. The exhaust must be cooled before it reaches the scrubber, and exhaust cooling has already been implemented in most Danish waste incineration plants in the form of heat exchangers.

One disadvantage of amine-based carbon capture is that the exhaust from which CO2 is to be scrubbed must be free of particles, SOx, and NOx. The presence of these substances can reduce the efficiency of the process while degrading the solvent used to bind CO2. The substances can also contribute to the formation of harmful substances, such as nitrosamines. In addition, certain types of solvents have corrosive effects which must be taken into account when setting up a solvent absorption system.

The amine process is the best known and most extensively tested carbon capture technique, but a wide range of other capture methods are in development. These methods include adsorption onto solid materials, cryogenic CO2 separation, calcium looping, oxy-fuel combustion, carbon removal before combustion (e.g. by gasification), and direct air capture (DAC), in which CO2 is extracted directly from the air.

Direct air capture is a relatively expensive process. Large volumes of air must pass through such a system to remove CO2 in meaningful quantities. This is because the concentration of CO2 in the atmosphere is very low (around 400 ppm) relative to point sources like power plants, where the CO2 concentration in the exhaust gas is typically between 5% and 10% by volume. However, investing in direct air capture may well become a necessity for achieving atmospheric temperature targets. Meeting these goals requires us not only to stop emitting CO2, but also to reduce atmospheric levels of CO2. Direct air capture is a technology that could be beneficial to combine with different types of renewable energy, so as to provide an outlet for excess power during periods of overproduction.

Project: "Emissions in the green transition"

Keep up with this project

Subscribe to receive news from and about the project, or send in your questions and comments 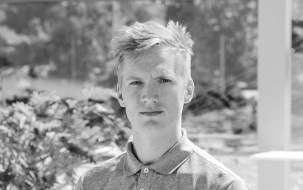 Emissions in the green transition