The IMO has banned the use of heavy fuel oil with a high sulphur content aiming at a reduction of particle emissions from ships by 2020. However, new initiatives are underway from the IMO to regulate black carbon emissions. Learn how MAN Diesel & Turbo and Alfa Laval Aalborg (DK) prepare and optimise measurements of black carbon emissions.

This is specifically the case in the Arctic regions, where the deposition of black carbon particles may cause a strong global warming effect. The IMO is presently preparing a set of regulations for the control of the emission of black carbon from ships.

The reference method for measurement of PM is based on the international standard ISO8178-1. This standard has been developed for test-bed operation and prescribes methods to measure particle mass (PM). With slight modifications, the ISO8178 can also be used for PM measurements according to US regulations (40 CFR 1065 Subpart J).

Particles are sampled on a filter after dilution of the stack gas. The dilution step is unique as compared to PM measurement methods used at stationary sources. Dilution has been introduced for PM sampling from large diesel engines because a large fraction of the emitted particles is semi-volatile (e.g. lube oil particles).

The semi-volatile particles would not be included in the measurement result if the hot stack gas was sampled without dilution. The objective of introducing a dilution step in the ISO8178 measurement is to simulate the amount of total PM emitted to the atmosphere, i.e. the total PM formed in the plume after the exhaust gas has been cooled to atmospheric conditions.

One of the reference methods for measurement of black carbon (BC) was performed by analysis of the particles collected on the filters by means of the PM equipment described above.

Results of the field test

As part of the Blue INNOship project “Scrubbers – controlling PM emissions”, the measurement equipment was tested at MAN Diesel & Turbo’s test site in Copenhagen, and at Alfa Laval’s test site in Aalborg. The results showed that the downsized equipment performed well compared to the reference equipment, and that results could be reproduced within a relative standard deviation of 10 % at steady state engine load.

The method is therefore now offered to ship owners in order to test the efficiency of exhaust gas cleaning equipment with respect to reducing the emission of particles and black carbon from ship engines at sea.

As the IMO is gradually moving towards the implementation of a regulation for the emission of black carbon, we have experienced an increasing interest for monitoring of particle mass and black carbon.

In the future, it is expected that EGC equipment such as scrubbers must be optimised to reduce not only sulphur emissions, but also emissions of particles and black carbon from ship engines. FORCE Technology has for many years performed measurements of emissions of ex. NOx and SO2 from ship engines. 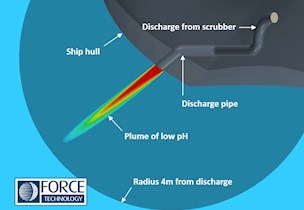 A quick and flexible model to document compliance with the marine scrubber discharge regulations. 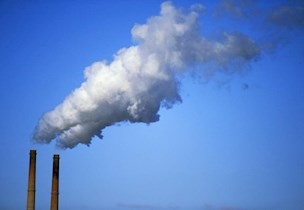