One of the biggest challenges when deploying wireless sensor networks is the battery lifetime. An alternative is using the energy available in the device’s surroundings.

The use of batteries can have some significant shortcomings. Firstly, batteries have limited amount of available energy. In some applications, the size of the battery required to cover the lifetime of the product would be too large and too expensive. The cost of exchanging batteries in thousands of devices, especially if they are in hard to reach or hazardous places, can make the entire sensor deployment cost prohibitive.

Secondly, in the US alone more than 3,000,000,000 batteries are used each year. As the number of IoT devices reaches tens of billion units even more batteries would be required and later discarded, thus resulting in a significant environmental footprint.

Energy harvesting as an alternative energy source for IoT devices

An alternative solution is based on converting the energy available in the device’s immediate surroundings to electrical power. This approach has a potential of making the IoT device maintenance free and perpetually powered.

The process of collecting energy from ambience is referred to as energy scavenging or energy harvesting. With the advancement of materials and technologies a wide spectrum of energy sources can be utilized for powering IoT devices.

Using light as a power source

Light is a very common power source. However, the light intensity, which directly corresponds to the amount of generated power, varies significantly. Under direct sunlight, depending on the location on the earth, about 130,000+ lux reaches the solar panel which is an equivalent of 1kW/m2. On the other hand, in a typical home illuminance levels are in the range of 30-50 lux and go as low as 5 lux, which results in microwatt power outputs.

It should be also noted that different solar cells react differently depending on the source of light. For example, amorphous silicon solar cells are better at harvesting visible portion of the light spectrum while crystalline solar cells are more efficient typically in the red and near infra-red part of the spectrum. This is especially important when designing systems for indoor use, as the output of the solar cell under indoor light conditions can change almost two times depending on the source of light. For example, and indoor amorphous silicon solar cell at 150 lux level can produce 2x more output under LED light compared to a halogen light source.

In the recent years significantly more power sources became available extending the options for energy harvesting. One such source is converting kinetic energy into electrical power. This can be done in many ways, some methods are:
Electromagnetic induction has been the primary method for converting motion into electric power and can be seen in large scale generators. This method, on a smaller scale, is typically used in commercial vibration energy harvesters due to its large power output, robust design and high reliability.

The downside of electromagnetic energy harvesting is that typically the harvesters are large and therefore expensive. Electromagnetic generators cannot typically scale down to small sizes since magnets don’t scale down well. Power generated as a function of acceleration for several commercial harvesters can be seen in figure 2. Some of the manufacturers of vibration harvesters are: Perpetuum, Kinergizer, and ReVibe.

Other modes of energy harvesting

Another interesting use of the electromagnetic induction is in so called impact harvesters. Here a coil and a lever are connected in a way that pressing on a lever makes a sudden change in the magnetic field thus generating power. The generated amount of power is sufficient to power a simple sensor and a wireless transmission of the sensor data.

Commercial energy harvesters based on piezoelectric effect are entering the market. However, they are still challenged due to reliability issues. An example of application powered by piezoelectric generator is a remote control by Philips that uses the button presses to generate power to communicate with a TV set.The company EnerBee has developed a rotational harvester that is combining magnets and piezoelectricity to build a generator that converts rotational motion into electric power. An interesting feature is that this harvester operates in steps producing a fixed amount of power step in rotation allowing power generation even for very low RPMs. The device is producing 0.5mJ per one full rotation.

A new type of kinetic energy harvesting method that has received a lot of attention lately is triboelectric harvesting.

The triboelectric effect is a type of contact electrification in which certain materials become electrically charged after they come into frictional contact with a different material. Rubbing glass with fur, or a plastic comb through the hair, can build up triboelectricity.

The strongest benefit of this type of harvester is their low price, high durability, flexibility and possibility to scale from cm2 device to 10’s of m2. These generators have been reported to reach as much as 300W/m2 and volume power density of 400kW/m3. There are still no commercially available triboelectric harvesters, however there is a large interest in them as they can be used in disposable electronics, powering of smart fabrics, floor power generation, ocean wave power generation, and other applications.

When no light nor movement are available, we can rely on a thermal gradient to produce power. Thermoelectric effect occurs when a temperature difference over a junction of two different materials produces a charge disbalance thus providing electric current.

It should be noted that this type of energy harvesting is very inefficient, typically 2-5 %. Although inefficient, TEGs can still provide sufficient power for an IoT application from even low thermal differences of few degrees that can be found between the ambient air, warm pipes, human body, machines, etc. At higher temperature differences TEGs can provide hundreds of watts.

Example applications would be generating power by recovering waste heat from internal combustion engines, exhaust pipes, industrial processes with metal melting, and metal works etc. Typical power outputs of TEGs depending on the thermal gradient over them can be seen in figure 3.

The biggest challenges with thermal energy harvesting are maintaining the temperature difference over the thermoelectric generator which typically requires large heatsinks resulting in a bulky product. This is one of the main challenges when it comes to using TEGs for powering wearable devices, although there are heat powered watches available on the market and a heat powered flashlight.

Another challenge when working TEG devices at low temperature differences is their low voltage output. At a few degrees kelvin over TEG, the output is typically in the 10’s of mV range. Such small voltages require specialized circuits to boost the voltage to a useable voltage level.

Harvesting of the ambient radio waves present from the WiFi and mobile phone networks has been shown as feasible. However, the amount of energy is very limited, depends strongly on the environment and typically requires large antenna surfaces which might not be practical for majority of applications.

This type of harvesting typically provides small amounts of power. It can take more than 10 years to generate the same amount of power that a small coin cell battery can provide. Therefore, the RF harvesting requires rather special applications where size is not an issue and the target lifetime is beyond 15 or 20 years.

Wireless transfer of power, as in RFID, is not considered here as it is not based on ambient energy. In these systems there is an active transmitter that is powering the sensors.

Power management is a challenge

Utilizing energy harvesting generators comes with a set of challenges that prevent it from being a simple drop in replacement for the battery. The output characteristics of the generator vary significantly depending on the type of the generator used, hence different types of conditioning circuits are required. As is the case with any type of generator the maximum power can be extracted when the load is matched to the generator. The conditioning circuitry should be designed to operate at the maximum power point and track that point if it changes with the change of the availability of the environmental energy.

Furthermore, typically energy harvesting generators cannot provide sufficient power to cover the active power consumption of an IoT application. Therefore, the power should be accumulated before the application task can be executed. The conditioning circuit should be able to provide power management tasks and route the power depending on the IoT application’s needs and output of the generator. There are energy harvesting power management circuits that fulfill these roles available from Texas Instruments, Linear Technology and STmicroelectronics, to name a few.

The power management is only a piece of the complete puzzle. The application itself should be designed to accommodate its operation depending on the amount of availability of energy. Compared to the battery solution where the energy is always available, the task execution in a typical energy harvesting system should be designed with energy budget in mind.

Implementing energy harvesting systems is significantly more complex compared to battery systems, however the removal of the battery and reduction/removal of maintenance can have benefits that outweigh the design and implementation cost. Energy harvesting has a solid potential to provide long lasting IoT systems that can operate unattended for long periods of time. 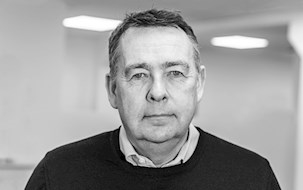 Just as millennials today are driving change in the consumer products market, future customers in the industrial sector will also expect new options for access to equipment and tools. IdemoLab / FORCE Technology

The article has been published in the magazine Aktuel Elektronik, November 2017 (in Danish).

Get advice about how to get started with realising energy harvesting.