Equipment that is used in maritime environments must be robust. HACT tests give Lodam quick answers regarding whether the temperature sensors for their controls are functional over time.

For many people, standing on the deck of a ship, watching the crests of foam arise on the sea while the sun shines from a blue sky and the wind blows through their hair is the essence of freedom. But it can be hard on the ship’s equipment and materials to be exposed to these parameters for a long time and this makes big demands on robustness.

‘HACT is the best test we know of for accelerating the effects of a maritime environment with large variations of temperature,’ explains Søren Fisker, Senior Hardware Engineer in the development department at Lodam Electronics. He has many years of experience with developing controls for maritime use.


Identifies weaknesses in the product

During the HACT test, the tested items are exposed to humidity, heat, and water – including saltwater, of course.

‘The HACT test is the first humidity and water-related accelerated lifetime test we have found that can test our sensors until they fail. Previous completed tests with demineralised water had not provoked failures – not even after significantly longer testing periods. HACT provokes failures similar to those we sometimes experience in the field after years of operation,’ says Søren Fisker, who has experienced that HACT identifies things that were impossible to predict during product development: ‘HACT has shown us some failure mechanisms we had not been aware of previously.  This means that we can eliminate the less promising sensors so we end up with the best sensors.’


Quick response in just one week

The advantage of HACT is that in the course of just one week the test was able to develop corrosion corresponding to up to 10 years of use in a normal outdoor environment – and five years in a maritime environment. By comparison, traditional corrosion tests take four weeks. Therefore, a HACT test can give the development team fast answers and thus save the company valuable time during the course of product development.

‘For us, the main advantage is that we can spend a short time on testing until the sensors fail. The test shows us whether a design is better or worse than other design solutions,’ says Søren Fisker, who often works on a number of design solutions at a time and needs to eliminate design solutions that do not function well in salty environments.

Lodam uses HACT during a number of product development phases:

‘We use HACT for testing designs and choices of materials during product development and as part of our final product approval,’ says Søren Fisker.


A source of wisdom

FORCE Technology, who developed the HACT-test, has expertise in the area of corrosion testing of electronics. Lodam has had HACT tests completed at FORCE Technology for a number of years.

‘FORCE Technology is very competent at completing the tests, making the documentation and reporting the results,’ says Søren Fisker, who often participates in HACT tests.

Although many companies might decide that it is easier and faster to simply send their items for testing to FORCE Technology, which then carries out the HACT test, Søren Fisker believes it is an advantage to be there personally during the course of the test:

‘If we are on location at FORCE Technology when the HACT test is carried out, we always gain extra experience and some extra pearls of wisdom to take home with us.’ 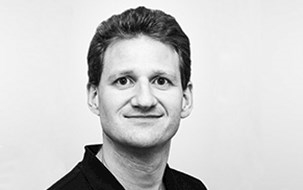