Do wind turbines generate more noise at wind speeds other than 6 m/s and 8 m/s?

Modern pitch-regulated wind turbines exploit the wind better, so that their wind performance is optimised. Even though this a plus for the energy balance, some people worry that wind turbines are relatively noisier at wind speeds outside of the control zone of 6 m/s and 8 m/s. The Danish Environmental Protection Agency asked FORCE Technology to take a closer look.

According to the Danish Ministry of the Environment’s executive orders, noise from wind turbines must be measured at wind speeds of 6 m/s and 8/m. Modern wind turbines are becoming ever more advanced and equipped with many settings so it is possible to optimise the wind turbine(s) according to the actual site in order to produce the most power.

But the increase in settings has led some people to worry that the wind turbine manufacturers and owners set up the wind turbines so that noise is only reduced at 6 m/s and 8 m/s, while the wind turbine generates relatively more noise at other wind speeds. In light of this public concern, the Danish Environmental Protection Agency asked FORCE Technology to take a closer look at the matter.


Data material from 74 measurements of noise emission from wind turbines

Conclusion of the noise emission measurements from wind turbines

After having thoroughly analysed the large amount of basic data, our conclusion is that there is no reason for concern about increased noise emissions, because there is no evidence of a tendency for the noise to decrease at 6 m/s and 8 m/s.

In general, the data shows that noise from wind turbines increases at wind speeds up to 7 m/s, after which the noise level is either constant or slightly decreasing at higher wind speeds. For noise-reduced wind turbines, there is a large spread in the noise, which is probably because they operated in several different noise settings. In general, the data material indicates that the noise source increases up to a certain wind speed, then the curve flattens out.

“The completed analysis cannot confirm that noise-reduced wind turbines cause significantly greater noise emissions at wind speeds other than 6 m/s and 8 m/s. However, the data material that the analysis is based on is limited and the Danish Environmental Protection Agency will therefore continue to stay focused on the question and follow developments. The conclusion is also included in the answer given to the Danish Parliament’s Environmental Committee,” says Jesper Mogensen, who will also keep an eye on wind turbine noise in the future:

“We have got a good overview and increased our knowledge about wind turbine noise, but naturally it is an area that we will continue to pay attention to in line with the arrival of types of new wind turbines and technology.”

Also read: WHO's environmental noise guidelines for the European Region or sign up for our newsmail on acoustics, noise and vibrations to receive the news directly in yous mailbox. 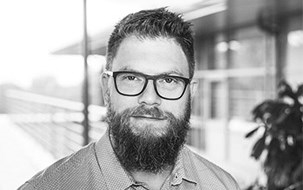 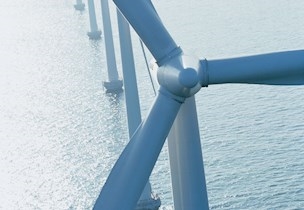 We measure and calculate wind turbine noise and prepare accredited reports as documentation.

Because of FORCE Technology's comprehensive expertise in measuring wind turbine noise, we asked them to carry out an analysis of the available noise data for newer, large wind turbines, to see if there is a significant increase in noise at wind speeds other than 6 m/s and 8 m/s. Engineer Jesper Mogensen / The Danish Environmental Protection Agency