Haarup Maskinfabrik obtained professional sound emission measurements of its concrete mixer VM750L. Now the company can provide documentation to its customers that the sound emission level is below the permitted maximum value, which means the machine operator does not need to wear hearing protectors.

Haarup Maskinfabrik is a successful company that manufactures mixing equipment for the concrete industry. Recently, one of Haarup Maskinfabrik’s customers in Germany contacted the company and asked for documentation for the sound emission level of the company’s concrete mixer VM750L, so that the customer could submit the documentation to the Working Environment Authority in connection with a working environment inspection.

As the associated sound level measurements for the counter flow mixer were a few years old, Haarup Maskinfabrik decided to take the opportunity to have their documentation updated and asked FORCE Technology to carry out new sound level.

Our machines must comply with the provisions in the Machinery Directive and comply with the relevant standards for machinery and equipment that we produce. Even though we know the contents of the provisions, we needed experts who could carry out the measurements correctly. Technical Writer Jan Kjær-Hansen / Haarup Maskinfabrik

“The task was carried out very professionally. FORCE Technology's consultant thoroughly looked into the measuring method described in the C standard (red. EN12151 Annex C) for concrete mixers and gave us precise instructions for the measurement set-up, for example, where the mixer should be positioned in relation to walls, ceiling, and fixtures, so that the measurements could be conducted in our production room. The very specific instructions were important for us, to avoid any misunderstanding along the way,” says Jan Kjær-Hansen.

FORCE Technology measured both the sound power level and sound pressure level at the machine. The sound power level, which is measured in accordance with ISO 3740 series, is used to state how much noise the machine generates. The sound pressure level, which is measured in accordance with the 11200 series, is a standard for the operator noise level, and states whether the machine operator should use hearing protectors.

“Because the C standard specifies that you must measure the entire mixing cycle, FORCE Technology measured the sound power from the machine in three phases; Filling, the actual mixing, and emptying of the machine,” says Jan Kjær-Hansen. He adds: “FORCE Technology's measurement site visit was very flexible and well-planned and caused a minimal of interference with our production.”

The noise level is now documented

The results of the measurements were positive news for Haarup Maskinfabrik, which now have documentation showing that the noise from the concrete mixers do not require that the operator use hearing protectors:

“The measurements showed that the sound pressure level was below the threshold limit of 80 dB(A), as thus confirmed that our machines emit a low level of noise,” says Jan Kjær-Hansen, who adds that obviously, the customers must still assess machine noise in the context of the physical environment and other sources of noise at their particular facilities.

Haarup Maskinfabrik has subsequently ensured that the product manuals have been revised with the new documentation, so that from now on, its customers can submit the updated documentation for the machine safety to the authorities.

FORCE Technology is accredited to carry out noise tests and conducts many different types of machine noise and vibration measurements e.g. for the energy sector, manufacturing companies, machine manufacturers, and the marine/off-shore sector. Furthermore, FORCE Technology is notified in the EU to conduct noise measurements in accordance with the Directive 2000/14/EC – equipment for use outdoors.

Many of the noise and vibration measurements, conducted by the acoustic engineers, are carried out in our approved test facilities. The advantage of using these controlled test rooms, is that the acoustic environment is known, which ensures that the room’s acoustical properties are less than the threshold test limit.

Also read: Noise from the Ringsted-Femern Railway and how Sika Marine helped improve acoustics on ships. 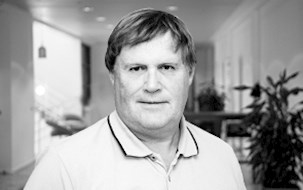 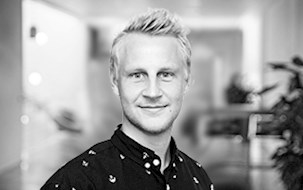 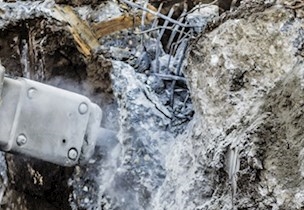 Test and documentation of noise and vibrations from machines, suited for CE labelling.

Noise from the Ringsted-Femern railway

Mapping out noise and vibrations from the future Ringsted-Femern Railway.