Avoid the catastrophic damage that results from the collapse of load-bearing components by introducing hydrogen embrittlement screening in the design phase of metal components for critical structures.

However, the hardness of high-strength steel can also be a disadvantage, as the steel may be more sensitive to hydrogen. Hydrogen embrittlement can quickly lead to catastrophic failures.

The occurrence of damage caused by hydrogen embrittlement continues to emerge. The damage typically occurs rapidly and without warning. Hydrogen is often found in high-strength steel, including structural members such as bolts - and bolts are often crucial to the quality and safety of a structure.

The fact that a bolt meets the hardness requirements for a given application does not mean that it cannot fail. And once one bolt has cracked, what about the others? Will they fail soon, too?

Since many components, such as bolts and other structural components, can fail due to hydrogen embrittlement, we recommend testing these critical components early in the design phase of a critical structure. This further reassures the project owner that the structure will withstand what it must for its intended lifetime.

Hydrogen embrittlement screening also minimises the risk of damage that could require expensive repairs or even lead to fatal consequences.

How does hydrogen embrittlement occur?

Problems related to accumulated hydrogen do not appear until the parts are subjected to mechanical stress. Consequently, tensile stress, high pressure, or high temperature may result in breakage. A delayed fracture can occur within 72 hours after a bolt is subjected to tensile stress. One way to prevent damage is to test bolts before installation using the ISO 15330 standard, entitled "Preloading test for the detection of hydrogen embrittlement".

Hydrogen embrittlement is enabled by a critical combination of:

We can test your components at our HPHT testing facilities by placing them in a hydrogen-rich environment and gradually increasing the mechanical stress (step-loading) on them until they fail.

Our testing set-up is based on the foundations of ASTM F1624, "Standard Test Method for Measurement of Hydrogen Embrittlement Threshold in Steel by the Incremental Step Loading Technique".

Gradually increasing mechanical stress in a well-regulated, hydrogen-rich environment offers a clear indication as to whether a material's characteristics fall within the limits of acceptability for hydrogen embrittlement based on requirements and standards, considering the harsh, aggressive environments that components may be subjected to.

We test 6–9 specimens at once, and the process takes about a month.

Contact us to find out more about having components tested and ensuring that your metallic components will not fail due to hydrogen embrittlement.

If damage or an incident has already occurred, we can also help you determine the failure cause through RCA (root cause analysis), allowing you to avoid recurrence in the future. 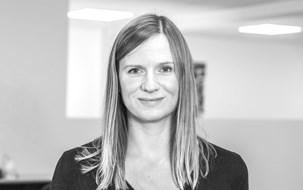 Determine the cause of failure and prevent it from reoccuring.

Guide: The factors you should be aware of in relation to bolts.